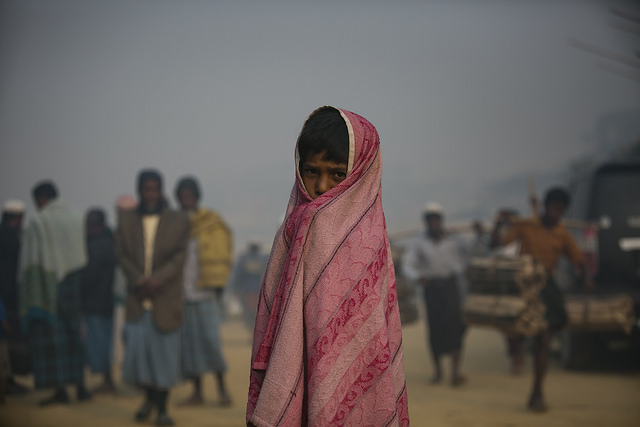 A delegation of UN Security Council officials have this week concluded a four-day visit to Myanmar and Bangladesh to witness first-hand the plight of the Rohingya refugees. Meeting with national authorities from both countries, the 15 Ambassadors to the Security Council urged the two states to allow refugees to return safely and voluntarily to Myanmar, after military-led violence forced hundreds of thousands to flee across the border last year.

It is the most senior diplomatic visit since the Rohingya crisis hit international headlines in recent years, and marks a significant shift in the Myanmar Government’s stance towards the international community. The United Nations had repeatedly requested access to Rakhine State to assess the ongoing conflict, but for months was met with resistance by the Myanmar State.

However, having been granted rare access to the region in early April, the UN Ambassadors took the opportunity to meet with officials and raise their concerns over the treatment of the displaced Rohingya. During their visit, the group met with the Prime Minister of Bangladesh, Sheikh Hasina, in addition to Myanmar leader, Aung San Suu Kyi. Discussions focused on establishing measures to carry out proposed voluntary returns agreed between Myanmar and Bangladesh, in line with human rights standards and ensuring access to basic services.

The delegation also visited a reception centre in Myanmar and a refugee camp in Cox’s Bazar, Bangladesh, where they listened to personal accounts of refugees’ experiences and examined the squalid living conditions. According to Agence France-Presse, many refugees shared with the delegates distressing accounts of rape and violence committed against them by Myanmar authorities, confirming the UN’s recent report detailing the military’s use of sexual violence as a weapon of war.

Speaking at a press conference in Myanmar’s capital, Naypyitaw, the delegates stressed the need for Myanmar to respect its obligations as a Member of the United Nations and to fulfil its commitments towards the repatriation agreement.

“We saw that the Government of Myanmar took many steps to implement the agreement but I think much more needs to be done,” the Permanent Representative of Kuwait to the UN Mansour Al-Otaibi said. “What we really want is to speed up the process of the return of refugees in a safe and voluntary and dignified manner.”

According to UNHCR, almost 700,000 Rohingya have been forced to flee Rakhine state since August 2017, following a state crackdown against a perceived threat of a militant insurgency.  Since then, the UN has accused the Myanmar State of pursuing a policy of ethnic cleansing against the Rohingya people.