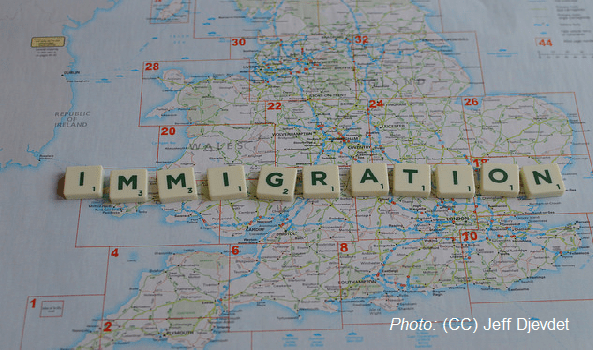 After rumours circulated once again that UK plans for asylum outsourcing had found a landing ground, the Ghanaian government has said it will not consider a UK asylum centre on its territory. A proliferating number of rogue practices have attracted attention to the Home Office, including attempts to punish “illegal entry”, proposals to use sound canons against refugees, flawed asylum decisions, and accommodation failures. The ensuing public criticism comes as the parliamentary Human Rights Committee and UN experts reiterate that the Borders Bill violates human rights standards. The High Court has ruled that age assessment policy for young asylum seekers is “inherently unlawful in the sense that it lacks essential safeguards”.

In what has become something of a pattern, Ghana has become the latest country to flatly reject claims that it would be willing to receive asylum seekers from the UK for offshore processing. After newspapers reported that the countries were in talks, the Ghanaian government released a statement saying it is not engaged in any such discussions and “does not intend to consider any such operation in the future”. Offshoring of asylum procedures has become the subject of speculation and disquiet as the new Nationality and Borders Bill – still to be approved by the House of Lords – allows for the removal of asylum seekers to “safe countries” while their claims are being processed. Gibraltar, the Isle of Man, Scotland, and Albania have all previously angrily denied they are in discussions with the UK on an offshoring deal.  In November, Albania swiftly responded to reports that asylum seekers would be flown to the Balkans, saying this “would never happen” because it would be “against international law”.

A range of scandals concerning asylum decisions, extra-legal notices of “illegal entry”, border security technology, and accommodation shortcomings continue to engulf the Home Office. Recently, the ministry attempted to decline asylum claims from persecuted Yemenis and Afghans in decisions that went against the Home Office’s own guidance, as well as that of the UN Refugee Agency (UNHCR). The week before, a Syrian man fleeing government persecution was told he could return home: the government clarified in a tweet that forced returns to Syria were not taking place. People disembarking from Channel boats have been issued “notices of liability to detention” declaring they will be deported for being “illegal entrants”, despite the fact that this crime does not exist under UK law. The Court of Appeal said the Home Office had misinterpreted the law and that crossing the Channel by dinghy to seek asylum did not amount to illegal entry. The government responded that, though the crime of “illegal entry” does not currently exist, the Borders Bill currently before the House of Lords “will make illegal arrival a criminal offence and introduce a maximum sentence of life imprisonment for those who facilitate illegal entry into the country”. International law prohibits the penalisation of asylum seekers for “illegal” entry into a territory for the purposes of seeking asylum.

According to Sky News, the government wants to use Long-Range Acoustic Devices or “sound canons” to stop refugee boats from crossing the Channel. The sonic devices emit high-frequency, loud noises that can induce vomiting. The Home Office confirmed that two boats were fitted with the technology but said they would not be used for “deterrence”. The royal navy has been granted operational control of the border control operation in the Channel, and thus any potential future pushbacks, though senior officers have said they will not go along with plans. The government’s management of asylum seeker accommodation has also drawn the ire of NGOs after an investigation revealed that 20 children disappeared from asylum hotels over six months in 2021, with only half recovered later. Further, it has been confirmed that the Napier Barracks, branded a “profoundly depressing example of the Home Office’s institutionalised inhumanity” by Amnesty International, will continue to house asylum seekers until at least 2025.

The news concerning asylum mismanagement comes as the controversial Nationality and Borders Bill completes the final stages of the legislative procedure. Five Special Rapporteurs from the UN Human Rights Agency (OHCHR) on 14 January issued an open letter saying the Bill breaches the UK’s obligations under international law. “If adopted, it would seriously undermine the protection of the human rights of trafficked persons, including children, increase risks of exploitation faced by all migrants and asylum seekers, and lead to serious human rights violations” said the UN experts. The legislation’s incompatibility with international law has already been confirmed by UNHCR, who on 1 January released their Updated Observations on the Bill. These state that the legislation would “impermissibly externalise the UK’s obligations to refugees and asylum seekers” and “criminalise seeking asylum”. A report from the UK parliament’s Joint Committee on Human Rights, published on 19 January, concurs that the reforms would “undermine the UK’s human rights obligations”.

On 14 January, the Home Office announced new guidance aimed at combatting “age fraud” of asylum seekers. Where previously anyone who appears “over 25” was treated as an adult, now anyone who appears to be over 18, but whose age is indeterminate, will not enjoy the safeguards available to minors. Even prior to the implementation of this policy, charities said children were frequently placed in adult accommodation and only moved to children’s services when lawyers intervene. On 19 January, two asylum seekers who were wrongly assessed as adults won a victory when the high court ruled their treatment unlawful. The judge said the policy of detaining young people for an age assessment immediately upon arrival, without an appropriate adult present, breaches the law. The judgment was welcomed by rights groups and charities, including ECRE member the Refugee Council. “We are relieved that the practice of hasty decisions is no longer allowed to continue” said Refugee Council chief executive Enver Solomon. The Home Office said it was disappointed by the decision.