UK: Court finds detention of asylum seekers to be unlawful, opening the way for damages claims 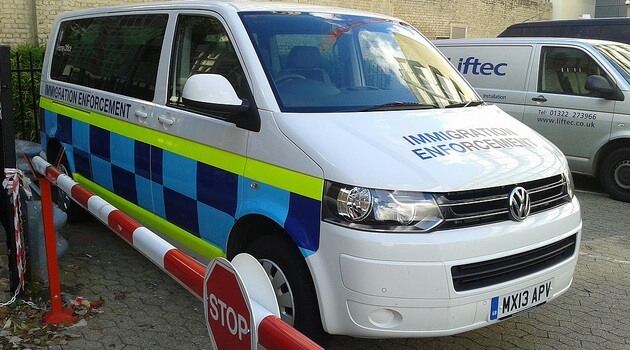 The UK Court of Appeal has found that detention of five asylum seekers, pending removal to other European countries under the Dublin Regulation, was unlawful and could give rise to a claim for damages.

The case concerned the detention, in 2015, of five foreign nationals who requested asylum in the UK, after traveling from other European states. Under the Dublin Regulation III, the applicants were detained, with the aim of being sent back to the countries that were responsible for the examination of their asylum application. The reasoning of the decision to detain them was related to a possible risk of them not cooperating with the authorities, or of escaping immigration control.

The risk of absconding provides a basis for detention under the Dublin Regulation, but the Court of Justice of the European Union has previously found that any assessment of that risk should be based on criteria clearly and foreseeably set out in domestic law. As a result, the Court ruled by majority that the detention of the applicants was unlawful, as long as those criteria were not defined in UK law. The majority judges then went on to also accept damages claims for the applicants, stating that, “Our common law has provided the remedy for an infringement of that inherent fundamental human right, whether it be habeas corpus […] or damages”.

There is currently no time limit on immigration detention in the UK and no publicly available statistics on Dublin detention. As Krisha Prathepan of Duncan Lewis Solicitors said, “This historic judgment has vast implications for those who were detained under the provision in the Dublin Regulation. […] It is deeply concerning that the Home Office’s unlawful conduct may have led to the detention of so many people without any lawful basis.” The Home Office has expressed its disappointment with the Court’s judgment, and said they will be carefully considering their next moves.

Notably, this judgment comes one day after another ruling found the government’s implementation of the Dubs amendment, regarding the transfer of refugee children to the UK, to be unlawful due to poorly reasoned decisions.