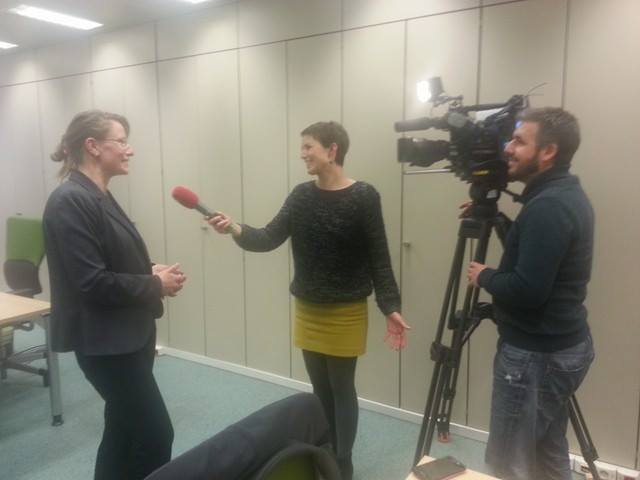 On International Holocaust Remembrance Day, 27 January, President Trump signed an Executive Order blocking access to the US for citizens of seven countries and for refugees. Each element of the Order is objectionable in its own way but indefinitely barring access to Syrian refugees as the ultra-violent war continues, is a particularly vile move. We are talking about a country on the verge of total destruction – the statistics reveal a displacement scenario of grotesque proportions and we’ve all seen the pictures. Almost 5 million refugees across the region, more than 6 million people displaced inside Syria and 13, 5 million in need of humanitarian aid. With an unprecedented global total of 65,3 million people in forced displacement, the world is facing a historic crisis and the US leadership has decided to contribute to the problem. Others must therefore provide solutions.

Lawyers, activists and the people directly affected have been struggling to understand the implications and have begun legal challenges. Most immediately, people are stranded in limbo – workers from the seven countries who happened to be outside the country; family members of Diaspora communities in the US who planned to visit; refugees accepted for resettlement in the US and ready to move; and so on.

The blanket ban on nationals from certain predominantly Muslim countries demonstrates Trump’s well-attested Islamophobia, while the ban on refugees demonstrates his lack of humanity. You could argue that this is in fact an institutionalisation of Islamophobia and a formalization of contempt for human rights. The ban is likely to result in people dying as those affected face persecution and/or violence and he has now prevented them from reaching safety. The consequences of discrimination, prejudice and stereotyping of a group of people based on their religion are clear from Europe’s own dark history.

The specious arguments that these measures will improve security have been debunked as there have been no incidences of terrorism or mass killings carried out on US soil by nationals of the seven countries or by refugees. On the contrary – as multiple commentators have pointed out – it is likely that measures will increase security risks for the US as supply of information about the situation in other countries, including on terrorist activity, and support to non-violent forces, such as civil society and the private sector, in the seven countries and beyond will be disrupted. The lack of logic becomes evident if one were to consider a travel bans on the Norwegian population based on the tragic mass killing on the island of Utoya or on Americans based on the numerous school shootings across the country. We see it is wrong that a whole population suffer due the acts of terror of a few.

Condemnation is necessary but arguing with Trump is a road to nowhere. It is for all right-minded people in the US to take all possible legal and political measures available to them. Beyond that, across the world, others must step up to offer protection to the millions of refugees fleeing war and persecution, at a time of unprecedented forced displacement. Most immediately there are 60,000 refugees who would have been resettled in the US and who will now be abandoned to an uncertain fate.

This a golden opportunity for EU countries to increase the number of resettlement places that they offer to refugees under global, regional and national resettlement programmes. Europe and the major refugee-hosting countries (none of which is in Europe) have a common interest in keeping resettlement moving: every refugee re-settled through a formal placement is a person who will not be forced to rely on smugglers to reach safety through an irregular route.

There are many other ways that nations, civil society and the private sector can increase their support to compensate for the alarming developments in the US. Starbucks is leading the way with the offer of 10,000 jobs for refugees. In response to Trump’s restriction of reproductive rights, the Netherlands was quick to propose an international abortion fund. What about funds for refugees in response to this latest Trumpian horror? Anybody can assist – volunteer, donate, offer private sponsorship of refugees. The humane alternatives are plentiful and Europe must put itself on the right side of history – this time around.

The European Council on Refugees and Exiles has been advocating for the rights of refugees for more than 40 years and this is a critical moment that forces us all to take a stand – as individuals, as organizations and as societies.