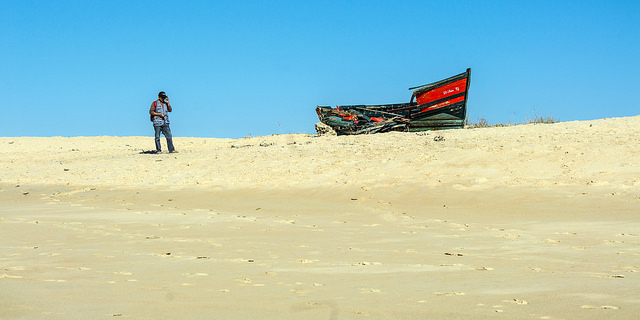 The 1 -3 June saw devastating loss of life across all the three major Mediterranean migration routes, making it the deadliest weekend in the region this year. An estimated 125 men, women and children have drowned off the coast of Turkey, Tunisia, Algeria, Spain and Morocco in separate incidents.

The highest death toll occurred off Kerkennah-Sfax, Tunisia on Saturday, in what was one of the most fatal migrant boat disasters in recent years. There are just 68 survivors after a boat sunk, carrying over 180 people attempting to reach Europe. 60 victims’ bodies have been recovered, the majority of whom are Tunisian, and the fatalities continue to rise as search and rescue efforts are ongoing. The tragedy has drawn international attention, putting a spotlight on Tunisia and it’s handling of migration. Lorena Lando, IOM Chief of Mission in Tunisia, said “There are no words to describe this tragedy,” adding that, “Behind these numbers, men, women and children have lost their lives while pursuing an uncertain dream.” On Wednesday, Tunisian Prime Minister Youssef Chahed fired Interior Minister Lotfi Brahem along with 10 other security officials.

There were further casualties on Sunday, near the coast of Demre, Turkey. 9 Syrian people, 7 of whom were children and 5 belonging to the same family, drowned when the speedboat carrying them and 6 survivors sank. Idris Rashid, the father of the five children, said, “I have nothing now. I feel like I am dead. I lost everything. May Allah give us power [to survive]”. He said that, “No one aboard knew how to sail. It would take ten minutes [to the Greek side] but we were stuck in the same place for two hours. In the end, it sank.”

Francesco Rocca, the President of the International Federation of Red Cross and Red Crescent Societies, said in a statement: “Any political decision that puts lives at risk is unacceptable. There is an urgent need for global answers to protect the lives and basic human dignity of people on the move.” Jean Lambert, MEP and Green/EFA shadow rapporteur, also commented on the political responsibility, “The recent deaths on the Mediterranean must shake EU ministers into action. The EU cannot continue to stand idle in the face of such appalling loss of life.”