Interview: To Be or Not To Be LGBTI Asylum Seeker in the Netherlands 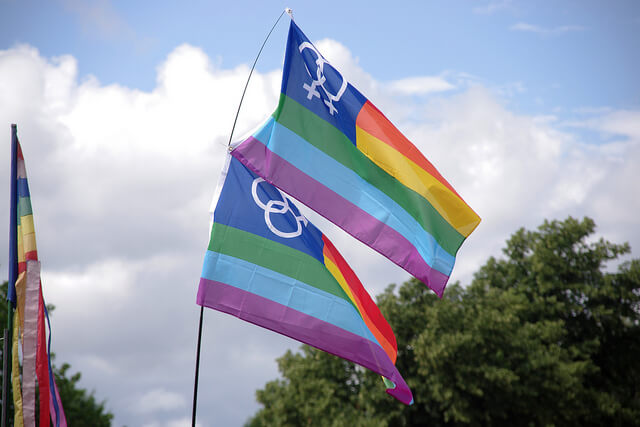 An Interview with Sabine Jansen who works as an asylum researcher for COC Netherlands, the Dutch LGBTI organization.

You have done extensive research on the treatment of LGBTI asylum seekers in the Netherlands – what were the main conclusions?

A few words on context of my latest research. The initial comparative research across 25 European countries we conducted in 2010-11 revealed huge differences in the way LGBTI asylum cases were processed. In an attempt to clarify how to deal with asylum applications based on sexual orientation the Dutch Council of State then submitted preliminary questions to the Court of Justice of the European Union twice, leading to judgements (XYZ and ABC)[i] and ultimately changes of Dutch policies. In my latest study covering 267 files from the Dutch Immigration and Naturalisation Service (IND) and several hundred judgments I am following up on the current situation after the impact of this change of policies.

An important challenge for LGBTI asylum seekers used to be the idea that they could return to one of the 70 countries in the world where homosexuality is criminalised and simply ‘stay in the closet’ live discretely. I remember an old case of an Algerian man who was raped by the police where the Dutch asylum authorities were of the opinion that this was an individual attack and not the result of general persecution – that the man could simply seek protection from other members of the police force and this in a country where being homosexual is a crime. This is no longer possible according to Dutch policy, but now instead there is a strong tendency of doubting the credibility of claims of homosexuality. Closely linked to this is a set of stereotypical assumptions based on which asylum authorities assess the sexual orientation of asylum seekers or the credibility of their claimed sexuality.

What are the key-assumptions or narratives at play in the Dutch asylum process regarding LGBTI asylum seekers and do they match the reality of the individuals?

LGBTI asylum seekers are assumed by Dutch asylum authorities to have gone through a process of awareness and a process of self-acceptance, after they found out they were different than other people. The stronger the hostility LGBTI people meet in the country of origin, the more they are expected to have experienced and are able to talk about these processes. They are for instance supposed to have feelings of shame, be self-destructive, suffer from psychological problems or in other words show signs of victimization. You are not supposed to link your sexuality or the discovery of your sexuality with feelings of joy, love or excitement but rather reactions such as tears of remorse or even being suicidal. In other words unless your feelings and reactions correspond with a set of pre-defined and schematic assumptions you are less likely to be believed. As a result of my research, the Dutch government has decided to eliminate several of these stereotypical criteria from the official policy, however asylum authorities still seem to use them on a regular basis.

For LGBTI asylum seekers their sexual orientation may affect their case and transform from a personal to a legal question – does this cause scepticism or mistrust from authorities?

In fact 85 per cent of the cases with a negative outcome were rejected based on authorities not believing the sexual orientation of applicants.

One of the more general arguments used to justify or legitimize the lack of credibility assigned to asylum seekers regarding their sexuality by Dutch asylum authorities is that there is a proportionate increase of such claims but as there are no public statistics because they are considered a violation of privacy such claims are hard to check.

The question is of course whether such an increase would in fact be an indication of deliberate attempts from asylum seekers to make false claims. Maybe more than before LGBTI people realise that their sexual orientation or gender identity could be a ground to claim asylum. At the same time maybe people are afraid to share their sexuality with authorities, which might result in submitting their sexual orientation or gender identity as the basis of their claim only at a later stage in the procedure, which in turn might unjustly affect the credibility.

The Netherlands is perceived as an open society with a comparatively well-functioning asylum system – what does that suggest about the overall situation for LGBTI asylum seekers?

As mentioned I have not done comparative research, but I would assume there are still significant differences and challenges. Policy and practice in countries like UK, Sweden and Norway seem to be based on similar stereotypes as I found in the Netherlands while I would not exclude the possibility that the situation for LGBTI asylum seekers in other parts of Europe is even worse.