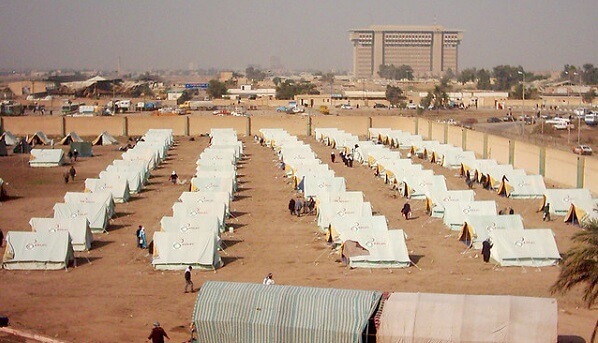 The latest situation report from the United Nations Office for the Coordination of Humanitarian Affairs (OCHA) reveals that 180.000 people have been displaced in northwest Syria between 29 April and 9 May.

Escalating fighting between government forces and armed groups have caused massive displacement in northwest Syria. According to OCHA the clashes including airstrikes and shelling are: “impacting on civilian populations, infrastructure and service provision in northern Hama and southern Idleb governorates”. The Agency further states: “unconfirmed reports indicate that more than 120 civilians, including women and children, have been killed, while many others have been injured”.

The new displacement in Syria adds to a record number of internally displaced people at the global level. A report released on 10 May by the Internal Displacement Monitoring Centre (IDMC) of the Norwegian Refugee Council (NRC) reveals that 41.3 million people were internally displaced by the end of 2018 – the highest number on record.

“The findings of this report are a wake-up call to world leaders. Millions of people forced to flee their homes last year are being failed by ineffective national governance and insufficient international diplomacy. Because they haven’t crossed a border, they receive pitiful global attention,” said Secretary General of the NRC Jan Egeland.

The increased displacement is generated mainly from ongoing conflict in the Democratic Republic of the Congo and Syria as well as local tensions in Ethiopia, Cameroon and Nigeria.