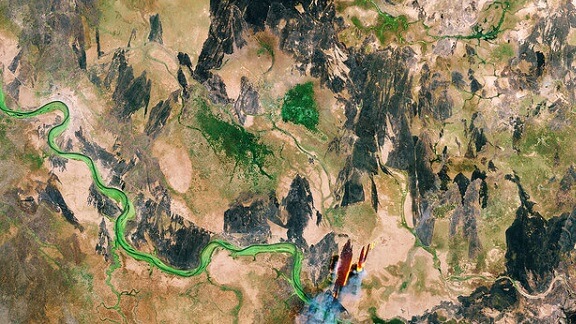 According to the United Nations refugee agency (UNHCR), an estimate of 5,000 people have fled from South Sudan’s Central Equatoria State to the neighbouring Ituri province in the north-east Democratic Republic of Congo (DRC) over the past weekend, with arrivals continuing.

People have mostly arrived by foot to several border villages in a remote area of DRC with very limited infrastructure and health care facilities. Many are exhausted, hungry, dehydrated and suffering from illnesses or trauma, said a spokesperson for  UNHCR on Tuesday. They are seeking shelter in churches, schools and abandoned houses or are sleeping in the open, while food is being provided by local villagers.

An additional 6,000-8,000 people are reported to be internally displaced in South Sudan on the outskirts of the town of Yei without access to food and clean water, while humanitarian access is being blocked by the conflict.

The people are fleeing the violence caused by clashes between the South Sudanese army and the National Salvation Front (NAS) rebel group, which erupted in mid-January. Witnesses describe armed men murdering and raping civilians and looting and burning down villages. Civil war in South Sudan has caused tens of thousands of civilian casualties and a total of over 4.1 million persons to be internally and externally displaced since December 2013.

In response to the arrivals, DRC authorities are encouraging people to move further inland in order to facilitate access, as the border area is difficult to reach due to the poor condition of roads and bridges. UNHCR has sent additional staff to Ituri for registration and to support possible relocation to the Biringi refugee settlement, which is located approximately 110 km south-west of the border area and already hosts over 6,000 South Sudanese refugees.