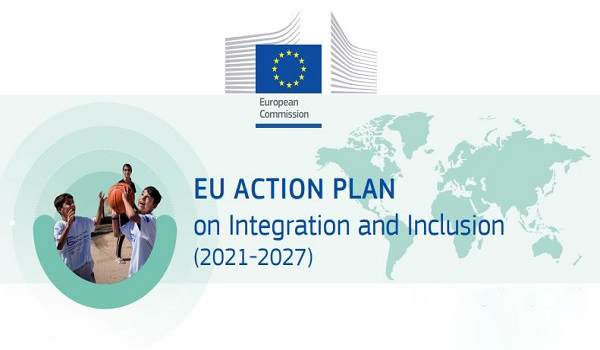 On the 24 November 2020, the European Commission has released its new Action Plan on Integration and Inclusion, announced in its Communication for a New Pact on Migration and Asylum and preceded by an open consultation with stakeholders in integration.

The action plan replaces the Action Plan for Integration of third country nationals, approved in 2016 but ‘expired’ since mid-2018, and extends the duration of this new instrument to 7 years, with a mid-term review to be conducted at the end of 2024. In this way, the Commission aims at better aligning the framework with the next Multiannual Financial Framework (MFF) of the EU, which will run over the same years.

A stronger emphasis on synergies between different funding instruments concurring to integration objectives, should be also ensured by synchronising the two processes: by mixing these resources such as the European Social Fund Plus (ESF+), the Asylum, Migration and Integration Fund (AMIF), the European Fund for Regional Development and other funds such as the European Agricultural Fund for Rural Development and Erasmus+, the Commission aims at supporting investments along the whole integration pathway.

Recognising the need for a broader approach to discrimination and racism, the action plan broadens its scope including actions also for EU citizens with a migrant background, to complement the recently launched EU anti-racism action plan 2020-2025..