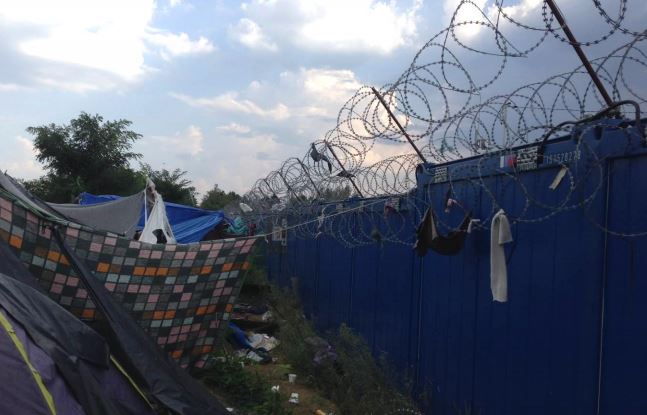 On 22 September 2017, the Hungarian Helsinki Committee published a new information note summarising the changes that took place in the field of asylum in Hungary since September 2015 and how it affected the rights of refugees and asylum seekers. The note presents a gloomy picture of the “new era in asylum policy in Hungary” manufactured by the outspoken anti-refugee programme of Prime Minister Viktor Orbán.

The note highlights the increased criminalisation of illegal entry and the “placement” of migrants in “pre-transit areas”, where Hungarian authorities provided little to nothing to meet their basic needs or ensure their human rights. Between July 2016 and August 2017, 14.438 migrants were pushed back from the Hungarian territory to the external side of the border fence. In addition to being denied the right to apply for asylum, many of them were also severely ill-treated by persons in uniform.

Another point of concern is the worsening of reception conditions and the de facto detention of migrants in border transit zones. The lack of specialised medical assistance, adequate children-specific care and education, and the detention of unaccompanied minors over the age of 14 are a clear demonstration of Hungary’s failure to comply with its human rights obligations.

In view of the flagrant human rights violations, the European Court of Human Rights (ECtHR) and the UN Human Rights Committee have granted a number of interim measures in applications against Hungary in 2017. Earlier this year, in case Ilias and Ahmed v. Hungary, the ECtHR found grave violations in the border-zone detention of two Bangladeshi asylum-seekers and their removal from Hungary to Serbia. This case has been referred to the Grand Chamber and is, thus, not final. In the meantime, many cases have also been communicated before the ECtHR with regard to the conditions in the transit zones.