Weekly Editorial: The College of Commissioners: What’s in a Name? 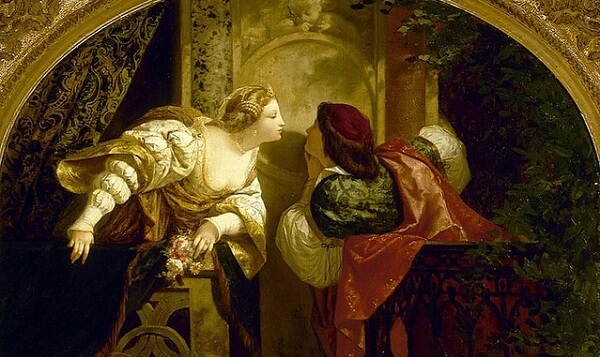 The incoming President of the European Commission, Ursula von der Leyen has announced her proposed team of Commissioners to make up the College for the next five years, along with the “mission” she bestows on each of our aspiring heroes, ready to save Europe. A furore has erupted over the unfortunately named “Protecting Our European Way of Life” portfolio, with concern centring on the rather, let us say, fascistic connotation of the expression.

The outrage is a delayed reaction: the term was already used in the list of six priorities published by von der Leyen in July, and it also covered migration. The difference then was that point one under this heading was rule of law – and too right. If there is a threat against which we need protecting, it is the demagogues (the external and internal) who undermine the rule of law in Europe.

In this week’s document, the description of the mission for Greece’s nominee, Margaritis Schinas, should he choose to accept it, now incorporates immediately, paragraph one and two, some unpleasant language on migration, which apparently generates “legitimate fears and concerns” and is presented as a threat to security. Similarly, in the Home Affairs Commissioner’s mission, the talk is of “challenges” and “concerns” of Europeans. This framing is immediately othering in that it sets up oppositions between Europeans and migrants, security and the threat of people on the move, slightly absurd given that it was written in Brussels (probably?), a city where over 40% of the residents were born outside Belgium and are therefore migrants, including possibly the person writing the text. (Yes, mobile EU citizens are also migrants.)

Language matters and the title will have to go – the European Parliament will not let it pass and should also look at some of the other language. Here is a suggestion for an alternative title: Protecting Our European Values.

This change would root the Commission’s work firmly in the Treaties, appropriately as the Mission for the Commission as a whole is to defend the Treaties. A reminder of the values as per Article 2 TEU: The Union is founded on the values of respect for human dignity, freedom, democracy, equality, the rule of law and respect for human rights, including the rights of persons belonging to minorities.

The row about titles should not detract from the more important questions of the people proposed and the strategic direction indicated by the mission descriptions. The European Parliament will start its hearings now to test the nominees; legally, it can reject the College as a whole, although this is the nuclear option. Generally, Parliament has preferred to show political power by insisting on one sacrifice each time, effected by questioning and exposing unacceptable candidates who are then withdrawn. This time, the obvious candidate to go is László Trócsányi, particularly as he has the Neighbourhood and Enlargement portfolio. Parliament will surely see that destroying the one successful EU external policy (referring to Enlargement rather than Neighbourhood, obviously) would hardly be wise. The heart of accession policy is the promotion of rule of law and democracy, as per the Copenhagen Criteria, and Trócsányi’s record is somewhat lacking in this regard. It remains to be seen whether Hungary can actually provide an acceptable candidate, and in any case it would be wise to re-shuffle so Hungary’s Commissioner gets something where he can do less damage (it will surely be a he from a government in which just 1 of 14 ministers are female).

The European People’s Party, the centre-right, faced with criticism for its shameful harbouring of Fidesz has been gunning for the PDSR, the Romanian Social Democratic Party, arguing that if they get rid of Fidesz (thus losing a chunk of MEPs) then the PES, the centre-left grouping, has to act against the PDSR – a quid pro quo. The argument of equivalence doesn’t quite stand – the PDSR is bad in different more obvious ways – however this may play out as a demand for the withdrawal of Romanian nominee, Rovana Plomb. Romania could then turn to one of its many highly qualified technocrats or diplomats (to be preferred to a tainted PDSR MEP for example) – possibly opening up the chance of the Enlargement job?

The Asylum and Migration Team

Schinas, as one of eight vice presidents (three of which are executive) will “coordinate” on asylum and migration and will be responsible for integration. The day to day work on asylum matters will be managed by Ylva Johansson, Sweden’s nominee. This is an intriguing choice, a clever and tough politician who has been an effective minister in the related employment and social affairs arena. The North-South balance is good and the two Commissioners could probably start by generating understanding between themselves on what is wrong in the current system, i.e. Dublin.

There are another six Commissioners who should play a role in issues related to asylum and migration – including Commissioners for Equality (Dalli), Democracy and Demography (Šuica), and Cohesion and Reform (Ferreira). A collective approach could be useful: inform the work on legal migration and regularisation with the research on depopulation and ageing population envisaged under Democracy and Demography or with the work on the “sustainable development of Europe’s cities” under Cohesion and Reform, for example. Move it away from being a borders, security panic button issue.

Despite some of the language, ECRE maintains its position that the Commission faces a choice, and the right choice has not yet been closed off – nothing in the documents so far precludes the Commissioners from adopting a broader, realistic strategy and ending the overriding focus on prevention of arrivals. ECRE’s recommended eight immediate steps to change direction can still be taken.

Some of the language does not bode well though and could presage more anti-asylum, anti-refugee, anti-migration decisions justified by reference to the “public” by policy makers who will not own their choices. This would not be the “fresh start” mentioned.

The mission for the Home Affairs Commissioner includes the preparation of a Pact on asylum and migration and looking at the asylum rules. Again, there is room for the right choices. A Pact could focus on creating a Grade A asylum system in Europe, meaning implementing the rules in place on reception, procedures, decision-making and so on, with the Commission and EASO supporting Member States to do so with carrot and stick, and with the necessary reform of Dublin moving forward in parallel. If any one Member State is not following the rules it creates significant suffering and exploitation of people and additional responsibilities (and political challenges) for the others. On the other hand, restarting a process of legal reform to push on with reforms that are based on denying access to protection would be a distraction. The emphasis on borders and return does not sound very fresh but there is still scope to add more.

Maintaining the Momentum on Rule of Law?

The rule of law issue now appear to be separated off from “Protecting our European Way of Life”, with the duo of Vĕra Jourevá, a Vice President, and Didier Reynders working on Values and Transparency and Justice respectively. This is not promising. Will a Commissioner from a country which is part of the V4, and who might feasibly want to return to a career there, make an effort to tackle rule of law problems in two fellow V4 countries? While some claim Timmermans, who was leading this work, was tough, that is not the impression of those directly affected, who feel let down already. Then, judging from personal or political party positioning, it seems unlikely that either will be a strong defender of the rights of those on the move or attacks on civil society and other undemocratic measures that result from the “fight against” migration. Neither though is constrained – positive choices still can be made in how they interpret their portfolios and the Justice portfolio in particular includes lots of tools to support rule of law (and provides a laugh out loud moment with a reference to creating a rule of law culture among European citizens – because citizens are of course the problem here.)

Where the Commission President has attempted to tie the hands of incoming Commissioners with unequivocally bad missions is in external policies. There will be no respite from the push to undermine the EU’s embryonic foreign and security policy and established trade and development policies in the futile attempt to prevent people fleeing. The document resurrects the moribund Partnership Framework in the form of “comprehensive partnerships”. The idea is the same: use the supposed leverage in EU external policies to buy cooperation on migration.  In an ECRE meeting, the PF was memorably described by a senior EU official as “complete rubbish” and it is a sorry sight to see it back. ECRE and others have written extensively about how counter-productive this approach is. Left to do what they are supposed to do external policies will help prevent forced displacement; instead, what is proposed here will create more of it. It would be interesting to know where this stuff is coming from – advisors around von der Leyen, who like her do not have foreign affairs experience? DG Home? Member States?

The Commissioners for international partnerships, crisis management and the HR/VP will have to resist these efforts but they go into their mandate with constraints.

Good News for the Defence Industry

A related issue concerns the great victor in the College formation process: France. As well as receiving a plum portfolio for a key Macron ally (plus vetoing all unwanted candidates for the Commission presidency and installing a very friendly President of the Council), the French Commissioner will sit on the European Defence Fund, or European Defence Industry Slush Fund to use its full name, with a whole new DG working on defence industry and space. Payday for the arms manufacturers. How this links to the misguided (and often unethical) treatment of migration as a security threat, including the militarisation of borders – a booming new sector for industry – will need to be closely monitored. There is a strong risk of grotesque Ping-Pong – sell arms to and train and equip security institutions in countries with dodgy governments (using EU money and operations if there is a migration link) which adds to displacement. When people flee towards Europe, beat them back at borders with your dual-use tech paid for by the EU.

The conclusion is that despite some unfortunate titles and framing, the potential for positive action remains – and not least in the areas of asylum and migration. Politicians like to rush in to do something easily communicated to the public that will make their name. But reflection and calm choices are needed rather than another round of pointless “solutions” to the challenge of migration. The Commissioners have five years, far longer than most ministers get at national level. The plans include frequent references to the importance of implementation and the Commissioners would be advised to consider how to use the political and financial power, expertise and experience of the Commission to implement, reforming only where needed (Dublin), and to make progress on safe and legal channels and inclusion as also highlighted throughout, thus making asylum work in Europe. Cool heads and courageous choices are needed for a fresh start.