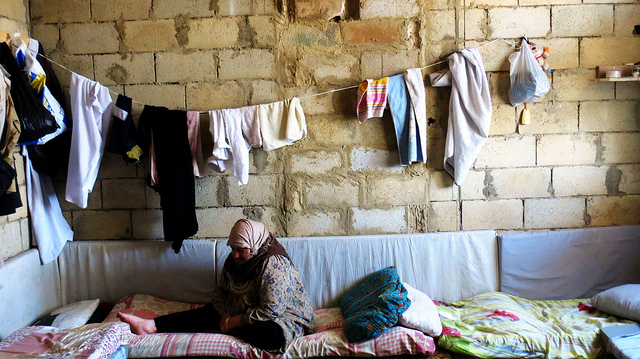 A recent decree issued by the Syrian regime which could see people having to provide evidence of land or property ownership in areas of Syria raises serious concerns of the ramifications for internally displaced persons (IDPs) and refugees.

The Syrian regime issued Decree No. 10 on the 3rd of April. The decree states if the Ministry of Local Administration decides to create a new regulatory area, a list of real estate owners must be prepared within 45 days. Those who have ownership or mandate to the real estate must report to the administration unit within thirty days to determine the place of residence, accompanied by supporting documents and papers. Those who fail to do so, will have their titles liquidated and their assets auctioned off.

Ulrike Demmer, the deputy German federal government spokesperson said it was a “cynical step” which the German government is resisting “with all available means”. Germany is in contact with EU member states about the decree and called upon the UN Security Council to address the issue.

Syrian legal experts say the law focuses on war-damaged areas around Damascus and does not include areas undamaged by conflict. However, Diala Shehade, a human rights lawyer said “It is completely illogical that a law which aims to rebuild Syria and repopulate areas affected by the war is introduced while the war is still ongoing.”

Returning home remains unviable for many who have fled. Nizar Ayoub, an international lawyer and expert on conflict resolution said, “The most dangerous thing about this law is that it has been issued in the midst of the ongoing armed conflict, and as millions of Syrians are unable to return to their homes to prove ownership of their properties.” Returning to Syria can also have implications on people’s lives in their host countries. In Turkey, which hosts 3,584,179 registered Syrian refugees, there have been reported cessation cases (ceasing of temporary protection status) for individuals who have voluntarily returned to Syria. Around 200 such cases were reported in Mardin, near the Syrian border, for those who returned to visit relatives or check on their property.

A report by the Norwegian Refugee Council (NRC) in February estimated Syrians would file over two million lawsuits for lost and damaged property in years to come. Only 9% of Syrian’s they interviewed possessed their property title deeds in good condition.

There are currently 6.6 million IDPs in Syria and 5.5 million Syrian refugees globally, according to UNHCR.