Survey: majority of Europeans welcome refugees but are critical of EU’s handling of situation 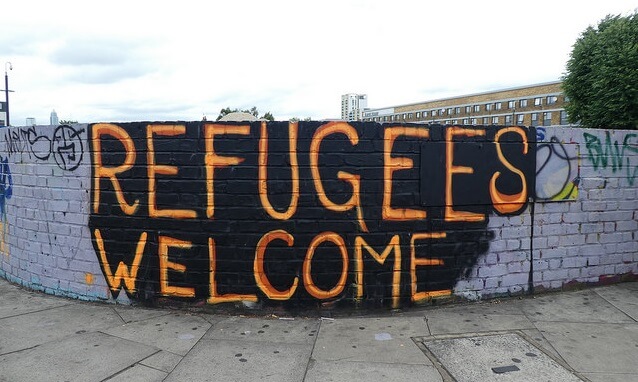 The Pew Research Centre released the results of their survey this week which suggest that a significant majority of people in several EU member states support accepting more refugees fleeing persecution and violence. It also finds that people strongly disapprove of the manner in which the EU handled refugee arrivals in 2015.

The survey was conducted in 10 of the 28 EU member states, including France, Germany, Greece, Hungary, Italy, the Netherlands, Poland, Spain, Sweden, and the United Kingdom. The results revealed that in Spain, the Netherlands, Germany, Sweden and France more than 75% of participants support taking in people fleeing persecution. In Poland, while only 49% expressed support, even less (36%) expressed opposition to taking in refugees. Hungary was the only of the 10 countries in which more people said that they opposed taking in refugees (54%) than supported it (32%).

In all 10 countries surveyed, a majority of participants said that they disapproved of the way the European Union has responded to the arrivals of refugees- with this figure being 80% and higher in Greece, Sweden and Hungary. While participants were not asked to specify their reasons, PEW note that in many of the countries surveyed the disapproval rates exceeded the results of a previous survey that they conducted in 2017 into the EU’S handling of the economy- suggesting that participants’ answers are reflecting more than just a broader disenchantment with European politics.

The results present European attitudes toward refugees and migrants that does not correspond with the framing of  mainstream media, which often focuses on the gains that right- wing and anti- immigrant parties have made across Europe. The Atlantic reports that “immigration remains a polarizing issue that has reshaped the political landscape across the continent” however in reference to the survey, they also suggest that “the political consequences of the surge of immigrants in 2015—the rise of far-right, anti-immigrant parties—may belie a more sympathetic view of refugees, as well as more critical opinions of how the EU handled the crisis”.