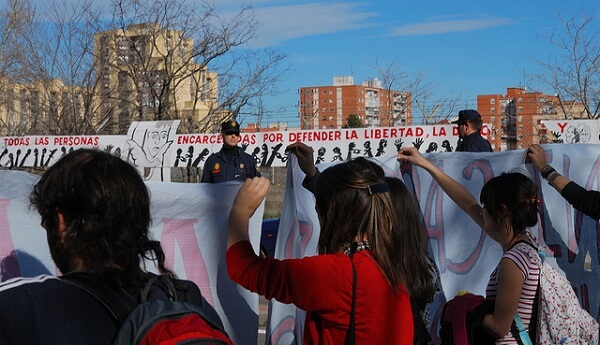 The Spanish government of Pedro Sanchez has announced plans to expel 9,000 irregular migrants in 2019. They also intend to create new foreigner detention centres (CIEs) in the Peninsula.

The country’s budget proposal for 2019, still to be approved in April, was presented on January 11. According to the interior ministry’s estimated figures, the government is preparing to expel 9,000 undocumented migrants. This figure nearly doubles the number of expulsions which last year, in the absence of definitive figures, amounted to an estimated 5,100. It also exceeds the estimated 4,000 expulsions provided for in the budget of the conservative government at the time.

The budget further indicated as a priority the construction of new detention centres (CIEs) in Madrid and in the cities of Malaga and Algeciras in Andalusia, which are the main arrival points for undocumented persons. This proposal confirms the tightening on irregular migration that began in recent months under the ministry led by former magistrate Fernando Grande-Marlasca.

Spanish NGOs have frequently called for closing of CIEs by recalling that no one should be detained for not having documentation; which is not a criminal offence but an administrative offence under Spanish legislation. They argue that the conditions and services provided in these centres are worse than the ones existing in the Spanish prisons. NGOs also call for full access to the asylum procedure to be available for the persons detained, in compliance with national and international law.

Spain has become Europe’s main entry point for refugees and migrants, overtaking Greece and Italy. More than 55,000 migrants arrived in Spain by sea in 2018, according to the UN refugee agency.