Spain: Mass Expulsion to Morocco Alarms NGOs and Ombudsman – Bodies of People on the Move Wash up on Spanish Shores 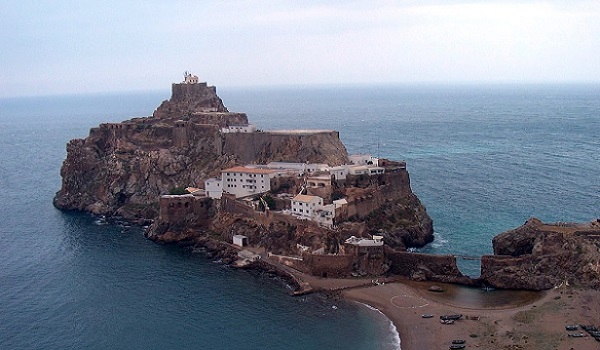 125 people have been pushed back to Morocco from a Spanish enclave in North Africa, despite more than 90 the people having made written requests to seek asylum in Spain. Eight bodies have washed up on the shores in Southern Spain, believed to belong to people who set off on the dangerous Western Mediterranean crossing from Morocco or Algeria.

Early on 20 September, 125 people of sub-Saharan origin crossed into Peñón de Vélez de la Gomera, a rocky Spanish peninsula separated from Morocco by a narrow sand bridge. The group included 60 women, seven children, and people with injuries and other medical conditions.  ECRE member organisation CEAR and NGO hotline Alarm Phone reported that the people presented a written list of 90 names of those seeking asylum to Spanish soldiers, who did not respond. A statement from CEAR, supported by seven other rights groups, urged authorities to comply with Spanish, European and international law by processing the people’s asylum applications and transferring them to a safe place. The Spanish Ombudsman issued a “reminder of legal duties” to the Interior Ministry, asking the government not to expel asylum seekers.

After several hours during which Spanish authorities took no action to assist the people, CEAR expressed fear that “the Spanish Government will authorize the hot return of refugees who are in a situation of special vulnerability, without access to due procedures, in breach of the principle of non-refoulement established in the Geneva Convention as essential guarantee of the right to asylum”. This premonition was realised on the evening of the same day when Spanish soldiers handed the group over to more than two hundred Moroccan military police. Spokesperson for NGO Caminando Fronteras Helena Maleno Garzón called this a “collective and violent expulsion” and noted that the people had also contacted the UN refugee agency (UNHCR) about their claim to seek asylum.

The people had fled to the islet after the Moroccan military razed their makeshift camp in the Nador mountains. The group included people from countries that have experienced ongoing political unrest, conflict and terrorism such as Mali, Guinea, DRC, Cote d’Ivoire, and Burkina Faso. Guinea was the subject of a coup d’état at the start of the month. Of the people from Mali that applied for asylum in Spain in 2020, 42% obtained some form of protection status at first instance. Regardless of the protection rate for particular nationalities however, UNHCR highlight that Spain is obliged to initiate individual procedures for each and every person that seeks asylum on their territory, whether people “arrive on the Peninsula, on a rock or on an islet.”

“Hot returns” complaints about returns from Spanish islands off Morocco dates back to 2019. The Spanish government has justified the refoulement of people from small Spanish islands to Morocco as “rescue” following shipwrecks. Further, a 2015 legal amendment introduced the possibility for Spain to “reject at borders” third-country nationals found crossing the Spain-Morocco border “illegally”. This legalisation of pushbacks has made Spain one of the European countries with the highest number of “refusals of entry” at borders. The Ombudsman is currently investigating an incident from 21 August when 41 people were returned by the Civil Guard from Isla de Tierra – a Spanish islet off Morocco – after seeking asylum. Spain has also often relied on Moroccan soldiers to conduct removals, a strategy underpinned by the country’s status as a “priority partner” for European migration control. The EU has provided the North African state with more than 13 billion euro of funding since 2007.

Arrivals to Spain via the Western Mediterranean route have increased moderately since last year, with 10,701 people having arrived by mid-September 2021, up 18.6% from 2020. Successful journeys are however punctuated by tragedies, including the recent discovery of the bodies of seven adults and a three-year old child on beaches in Almería, on Spain’s southern coast. A further corpse was found on an Almería beach on the 22 September. In response this tragedy, UNHCR highlighted that “behind every number there is a face, dreams, plans for the future”. The people killed were thought to have set off from Morocco or Algeria in the hope of reaching Spain, a perilous journey of more than 200km that has cost at least 238 lives this year. One NGO, the Pro Human Rights Association of Andalusia, estimates that 1,717 people lost their lives trying to reach Spain via this route in 2020. On 19 September a person died while trying to reach Almería’s Playa de los Muertos via boat. Twelve people were rescued by the Spanish civil rescue service on 22 September off the Balearic Islands.