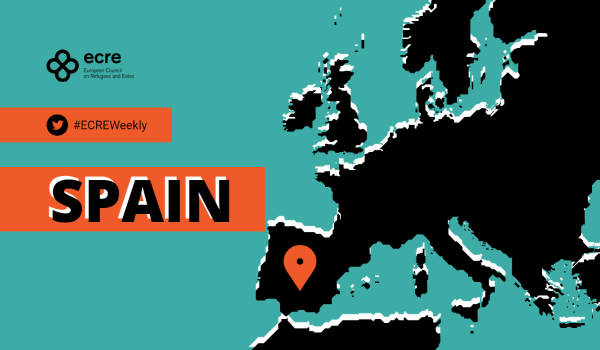 Despite mounting evidence challenging the government narrative on the Melilla massacre, Interior Minister, Fernando Grande-Marlaska continues denying as MPs call for his resignation. ECRE member CEAR reminds the Spanish government of its international obligations as the strengthening of relations with Morocco carries on.

Hundreds were injured, at least 23 people are confirmed dead and 77 people remain missing after the Melilla massacre in June. And the critique as well as urges for accountability from Spanish authorities, including by the Council of Europe, continue as new evidence emerges. The council’s Commissioner for Human Rights, Dunja Mijatović welcomed the opening of investigations by the Prosecutor General and the Spanish Ombudsman and stressed: “the importance of full and effective accountability of those responsible for any human rights violations that would be brought to light by these investigations”. “After the events of 24J, the message that Spanish society has received is twofold: on the one hand, the border is a territory of impunity; on the other, the black dead are less dead”, stated researcher and activist, Gonzalo Fanjul, in reference to the mounting evidence including by the Ombudsman countering official explanations. Fanjul further pointed out: “Faced with this accumulation of evidence, the response of Interior has been to lie first, and manipulate and drag its feet later”. The ruling Social Democrats as well as the Conservative opposition recently vetoed for the second time the establishment of a commission of inquiry into the deadly tragedy at the Melilla border crossing.

However, there is no shortage of evidence. Lighthouse Reports has released a thorough reconstruction of events on 24 June confirming the excessive use of teargas and rubber bullets against migrants trapped and in panic by Moroccan and Spanish authorities and their collaboration in the pushback of roughly 470 people including at least one child as well as leaving injured people – some fatally – without medical assistance on both sides of the border. Further, the findings confirmed beatings and the death of at least one person occurring on Spanish soil. In fact earlier evidence including an investigation by the BBC, testimonies of survivors, NGOs, jurists, the Ombudsman, bilateral historical treaties and also the documents of the ownership of the land prove that the massacre of June 24 happened on Spanish soil owned by the Ministry of Transport but none the less this remains disputed by the government. Previously withheld parts of the footage taken by Guardia Civil on the day of the tragedy have been released in a closed session to MPs. A timeline of events based on the footage released by El Pais correlates with the main findings of the reconstruction by Lighthouse Reports but the Guardia Civil high command claims it was ignorant of any deaths until the afternoon of 24 June when they were informed by Moroccan counterparts, leaving an alleged gap of four hours.

Prior to his appearance before parliament on 30 November, Marlaska categorically denied that any deaths occurred on Spanish soil and reiterated the government narrative of a “proportionate response” by Spain to a “violent attack” from migrants. Despite all evidence to the contrary the Minister stuck to this script including denying that the tragedy happened on Spanish soil – defining the location as a “transit zone”. “We did not have to lament any loss of human life in our national territory. The tragic events occurred outside our country,” Marlaska told the Parliament, adding: “The insinuation that I have heard and read that our security forces would have permitted that these tragic events occur in our country is a grave irresponsibility”. However, MPs across the aisle including government partner Podemos as well as the opposition agreed Marlaska was lying and several MPs called for his resignation.

Following the Melilla tragedy and amid waves of arrests in Morocco of migrants including Melilla survivors, Spain has intensified its financial support and cooperation on migration control with its north African neighbor. The two countries recently confirmed that a high-level summit is being prepared to take place in December 2022 or January 2023 – this marks the first such meeting between Spain and Morocco since 2015. “The Spanish government must provide more transparency and accountability in relation to their border control practices with Morocco and ensure that co-operation in the field of migration and border control prioritises human rights in full compliance with Spain’s international obligations”, stated Nuria Diaz, Advocacy coordinator for Spanish ECRE member CEAR, continuing: “It is important to remember that while all states have the right to control their borders, this must be done in full compliance with international human rights including access to asylum, the respect of non-refoulement principle, the human treatment of every individual, and the observance of procedural safeguards in case of expulsion”.

Following her visit to Spain in November, Dunja Mijatović stated: “In practice, there seems to be no other way to enter Melilla and seek protection with the relevant authorities other than by swimming or jumping the fence, risking one’s life. This situation must be addressed comprehensively to make sure that those in need of protection can access the territory through legal and safe ways”. According to data from the Ministry of Interior as of 15 November, 144 migrants had arrived to the enclave by boat and 1,167 by land.