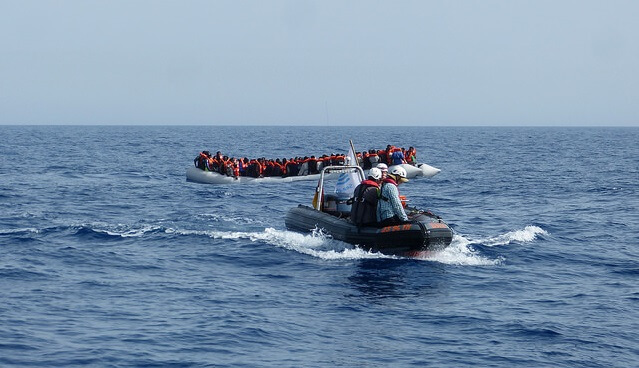 A new platform Operation Mediterranean, will be coordinating rescue operations in the search and rescue zone off the coast of Libya using the boat Mare Jonio – sailing under the Italian flag making it harder for Italy to impose restrictions on its docking. The initiative follows months of crisis over denial of docking, prevention of disembarkation, or deflagging of NGO search and rescue vessels, and criminalisation of SAR operations.

Italian Interior Minister Matteo Salvini has been a central figure in the disembarkation crisis over the past months- during which he has faced investigation by Italian courts– and has threatened to withhold Italian EU funding over the disembarkation of people saved on the Mediterranean in Italian ports. The crack-down on NGO search and rescue operations culminated when Panamanian authorities recently deflagged the Aquarius, the last nongovernmental search and rescue ship operating in the Mediterranean, allegedly in response to pressure from the Italian government.

Michael Hardt and Sandro Mezzadra represent Operation Mediterranean, and underline that while Salvini has “spearheaded” anti-migration policies they reflect a broader agenda: “We joined this mission because of our desire not only to help provide humanitarian aid for those who risk death at sea but also to intervene in the toxic political atmosphere of Italy, Europe, and beyond.”

According to a study on the cost of deterrence policies by the Italian Institute for International Political Studies (ISPI) :“the period of Salvini policies was marked by a further decrease in sea arrivals (-48%), but also by a sharp increase in the number of dead or missing at sea (+147%, i.e. more than double the previous period). IOM has recorded the number of deaths in the Mediterranean at 1,741 in 2018 by September 30.