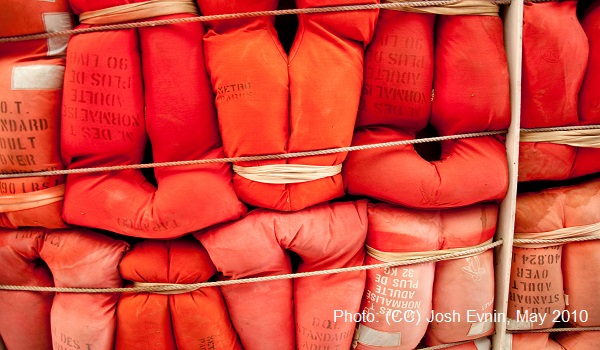 Migration was at the top of the agenda as ministers from Italy and Libya reaffirmed the importance of their bilateral relations. Leaked transcripts of communication between the countries’ officials reveal Italian knowledge of Libyan authority’s incompetence and its indifference to the lives of people trying to reach Europe by sea. Despite UNHCR head urging Italy to stop penalizing civil search and rescue operators the crackdown continues as do deaths on the Mediterranean and returns to Libya.

On 19 April Italian interior minister, Luciana Lamorgese, met with the head of the Libyan Presidential Council, Mohammed Menfi and both parties have reaffirmed the importance of their bilateral relations including the cooperation on fighting irregular migration. The meeting follows new incidents revealing severe abuse, rights violations, killings and the environment of impunity in Libya. Following the recent release of Abdelrahman Al-Bidja, one of the world’s most wanted human traffickers and former head of the so-called Libyan coast guard in Zawiya, several people spoke out about the torture they suffered at his hands.

Transcripts of conversations between Italian officials and the Libyan coast guard suggest Italian knowledge of the unwillingness or incapability of the Libyan authorities to efficiently protect lives at sea. The transcripts obtained through wire-tapping by Italian prosecutors investigating civil rescue operators but leaked to media, according to the Guardian: “lays bare the indifference of individuals on the Libyan side to the plight of migrants and to international law”. The UK based outlet, that is conducting a joint investigation with the Italian public broadcaster Rai News and the Domani newspaper, states in connection to hundreds of deaths on the Mediterranean that: “Italian authorities knew that Libyan authorities were either unwilling or incapable of looking after migrant boats at sea, even as Italy launched investigations into the role of nongovernmental organisation boats at sea that prevented NGOs from carrying out private rescue operations”.

On 16 April following meetings with Italian Premier Mario Draghi and Foreign Minister Luigi Di Maio, UN High Commissioner for Refugees, Filippo Grandi urged Italy not to unnecessarily impede NGOs that operate migrant rescue ships in the central Mediterranean. Noting that civil rescue operators “fill an important void” in the absence of collective EU efforts Grandi stated: “I completely disagree with any attempt to penalize the NGOs for what they are doing. It is a precious and vital job”, and further underlining the lack of evidence that the presence of the boats encourages more departures. However, on 18 April Open Arms reported the latest incident of the ongoing crack-down on civil search and rescue operators as a team of specialists from the Italian authorities did a 17 hour inspection of the organisation’s rescue vessel that has been blocked in quarantine for two weeks. Another civil search and rescue operator, Sea-Eye reports that its vessel the “Sea-Eye 4” is heading to the Mediterranean to begin rescue missions “as soon as possible” after six months of repairs by 250 volunteers at a shipyard in Germany. Gordon Isler, Sea-Eye chairman stated: “Letting people drown in the Mediterranean in order to reduce the number of asylum applications in Europe and to deter others from fleeing is inhuman. This irresponsible policy lacks support from civil society. United4Rescue with its 744 alliance partners, the Protestant and Catholic Church and thousands of donors have made this clear again today”. A Sicilian judge has ordered the former Italian interior minister, Matteo Salvini to stand trial over his decision to prevent the disembarkation of 147 people on board the Open Arms NGO vessel in 2019. Prosecutors in Palermo have accused Salvini of dereliction of duty and kidnapping, over leaving the group stranded at sea for 19 days off the coast of Lampedusa as their health deteriorated and people threw themselves overboard in desperation. Salvini remains defiant and citing the Italian constitution he stated that defending the country is the “sacred duty” of every Italian.

Meanwhile, people continue to die, go missing and be returned to Libya on the Mediterranean. Another massive preventable tragedy taking up to 130 lives happened on 22 April when a rubber boat trying to reach Europe capsized in stormy seas off the coast of Libya. According to Alarm Phone: “Despite Frontex spotting the distressed boat from the sky, only non-state actors actively searched for the boat in distress at sea. European authorities rejected responsibility to coordinate this search operation and instead pointed at the Libyan authorities as the ‘competent’ authorities. The so-called Libyan Coastguard, however, refused to launch or coordinate a rescue operation, leaving the ~130 people out in a rough sea for a whole night”. The SOS Méditerranée’s ship, Ocean Viking, as well as merchant vessels, headed to the area and found no survivors. UNHCR, the UN Refugee Agency, and the International Organization for Migration (IOM) released a statement expressing deep sadness over a shipwreck on 15 April off Tunisia, costing the lives of at least 41 people, including one or more children. On 21 April the NGO hotline Alarm Phone alerted European and Libyan authorities of three boats in distress off Libya of which two are carrying more than 100 people each. Reportedly, the so-called Libyan coast guard refused to intervene due to bad weather conditions and a Frontex aircraft had been in the area. However, according to Alarm Phone they lost contact to one of the boats and its whereabouts is currently unknown, while another was returned to Libya carrying a dead woman and child.

The Armed Forces of Malta often criticised for ignoring alerts and lack of efficiency in relation to search and rescue involving people on the move to Europe, has sent out a message informing vessels of a ‘US citizen’ in distress pointing out that it was not a migrant boat. Giorgia Linardi from the civil search and rescue operator Sea Watch stressed that Maltese and Italian authorities often specify in their internal communication whether distress incidents involve migrants as though a different operation would apply, stating: “Therefore, there are Serie A rights and obligations for a US (or European) citizen and Serie B for migrant people”.