Report ‘Follow the Money III’ Solidarity: The use of AMIF funds to Incentivise Resettlement and Relocation in the EU 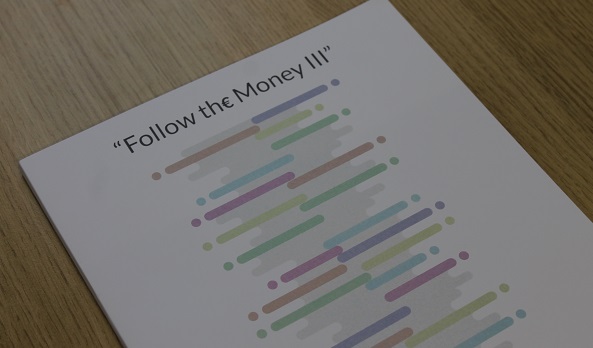 The third ‘Follow the Money’ report maps and assesses the use of financial incentives (lump sums) allocated under the Asylum, Migration and Integration Fund (AMIF) to EU Member States (MS) participating in refugee resettlement and intra-EU relocation. The four case studies, France, Italy Portugal and Slovenia provide a range of national contexts and practices within the role and impact of EU funding is explored. The research draws on the first two ‘Follow the Money’ studies published by ECRE and UNHCR in 2017 and 2018 tracking the use of AMIF for asylum, integration and return.

Member States resettled 76,205 persons during 2014-18, via both EU schemes and national programmes with uneven participation among MS. The study finds that the funding under the lump sum modality, €6,000 per resettled person, increasing to €10,000 when the resettled person falls into one of the categories included under common Union resettlement priorities, is an effective mechanism to provide EU funding. The reduction or removal would most likely lead to reductions in resettlement numbers and/or programmes that offer less support to resettled persons.

Additionally, the AMIF provides funding support to the ‘establishment, development and implementation’ of national resettlement programmes. This funding stream is a flexible resource, supporting a broad range of national resettlement activities. Despite this flexibility, just twelve Member States have made use of it in their AMIF national programmes, allocating very modest amounts of funding relative to other national programme activities.

According to the European Commission, 34,705 persons were relocated by September 2018 , 21.6% of the planned 160,000; Member States reported a total of 37,595 persons relocated during 2014-18. As Member States were allowed to count legal admission (resettlement) under the EU-Turkey Statement against their relocation obligations, 20,574 persons were resettled from Turkey to the EU, and €133.7m of AMIF funding originally allocated for relocation from Greece was ‘cut off’.