Refugees in Niger Protest Against Delay of Resettlement and Dire Conditions 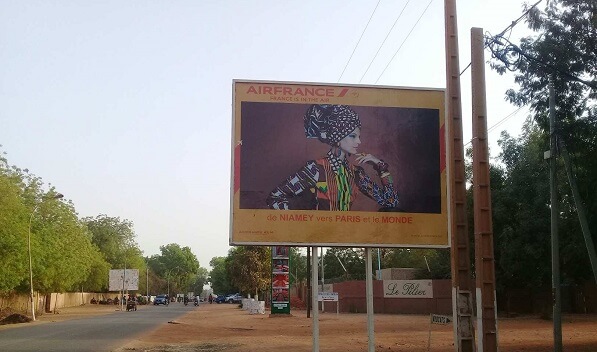 Almost 1000 people have protested in front of the office of the UN Refugee Agency (UNHCR) in Agadez, Niger, against the poor conditions in the UNHCR-run facility and the delay of resettlement procedures. The systemic isolation in the centre is considered a model for “outsourcing of the asylum system outside Europe”.

Hundreds of people, among them many refugees from Sudan, marched 18 km from the humanitarian centre where they are accommodated to the UNHCR headquarters to submit a memorandum bearing their demands to expedite their resettlement procedures and denounce the deteriorating humanitarian conditions in the facility. The march turned into a sit-in and is part of on-going series of refugee protests in Niger since early 2019.

According to one of the protesters the facility is located in the middle of the desert lacking “the simplest means of life” as well as adequate education. Chronic disease is spreading among the refugees, many of which are unaccompanied who have been waiting in the facility for over two years, he added.

In 2017, UNHCR established an Emergency Transit Mechanism (ETM) in Niger for the evacuation of vulnerable people from Libya identified for resettlement to Europe and elsewhere. As of November 2019, 2,143 out of 2,913 of those evacuated by UNHCR have been resettled.

An increasing number of self-evacuated refugees have also arrived in Agadez from Libya with the hope of being resettled. Niger agreed to the ETM under the condition that all refugees would be resettled in Europe. However, as stated in a MEDAM police brief, for the self-evacuees, resettlement becomes increasingly unlikely and they were moved to a refugee camp outside the capital, which hampers local integration and their economic autonomy.

The network Alarm Phone Sahara commented. “This situation occurs in a context where European states are seeking to outsource the processing of cases of refugees, who have fled wars and persecution in countries like in East Africa, to countries far from the borders of Europe. The state of Niger is currently serving as a model for the outsourcing of the asylum system towards outside Europe, receiving considerable amounts of money from EU member states.”