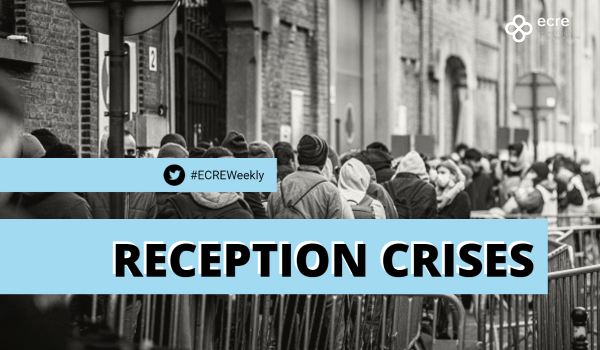 201 asylum seekers without a shelter in Ireland and their accommodation remains unclear. Dutch authorities have declared Ter Apel a prohibited area for unregistered asylum seekers. NGOs proclaim the reception crisis as the result of lacking political will to ensure shelter.

Ireland has been recently added to the list of countries in Europe dealing with a reception crisis. In September 201 asylum seekers were left without accommodation, and some people slept rough in Dublin. The Irish authorities said that the International Protection Accommodation Services (IPAS) was unable to provide shelter to the individuals due to a “lack of availability”. According to the Department of Children, Equality, Disability, Integration and Youth, priority was given to those with “specific vulnerabilities” in the period between 1 and 8 September due to lack of capacity. On 9 September, IPAS stated it was in a “position to resume offering accommodation” for newly arrived asylum applicants adding that the situation remained challenging. However, according to RTÉ, “It remains unclear if all 201 asylum seekers who were not offered any accommodation last week have since been accounted for and offered accommodation”. On 12 September, IPAS said that “those who had been turned away without accommodation last week had been invited to send daily emails requesting “the latest information on accommodation availability”, and those who go to the International Protection Office will be accommodated”. In response to the authorities’ statement, the Movement of Asylum Seekers in Ireland (MASI) has called on the Government “to account for everyone that applied for international protection and was turned away”. MASI co-founder said that asylum seekers who were told they could not be accommodated in the first days of September were left “to just sort themselves out”. Head of ECRE member Irish Refugee Council, Nick Henderson, said the organisation “have not experienced anything like this before”. “The standards in direct provision and emergency accommodation have been plummeting for several months now, but this represents a new deterioration and it means that someone coming here from war or persecution, coming to Ireland for sanctuary, is in effect street homeless,” he added. On 15 September, RTÉ reported about 144 asylum seekers being housed in tented accommodation, with 176 more due to be moved into tents next week since 5 September and 40 people have been living in tents since 25 July. The Department of Children, Equality, Disability, Integration and Youth it expects those living in tents at the site in Kerry to remain there until the “end of Autumn pending availability of permanent accommodation.” The spokesman of the department said that: “due to the severe pressure on available accommodation, it is necessary for tented accommodation to be utilised at certain locations … in order to ensure sufficient accommodation is available to International Protection Seekers that need it.”

In response to the ongoing reception crisis in the Netherlands, the Dutch authorities have proposed limitations to the rights to family reunification. Despite the shortage of homes, the government plans to make housing a requirement for family reunification for up to 15 months – the plan has been challenged over its legal and practical feasibility. Associate professor in political science at the University of Amsterdam, Saskia Bonjour said such a delay of the right to family reunification violates EU law and defined it as “shocking” and expressed the “hope that Dutch courts will make clear decisions soon that this is wrong”. ECRE member the Dutch Council for Refugees (DCR) said that the plan showcases the authorities’ approach to asylum policies seeking to implement measures despite knowing they are potentially illegal. Somewhere between 15-17,000 people who have obtained a residency permit are unable to leave asylum centres due to the lack of available housing. While the plan aimed at reducing the number of people joining family members in the Netherlands by an estimated 5,800 people over the next 12 months, 5,900 people have already obtained a visa or have the legal right to join family members.

Meanwhile, public protests are spreading. DCR has gathered 16,000 signatures from Dutch people in favour of a humane asylum policy. On 4 September, protestors gathered in Amsterdam following the call of the aid organisation MiGreat to demand a more humane asylum policy and bring attention to the reception crisis. The rally’s organiser said, “the Cabinet is using this self-created misery to pursue an even tougher asylum policy.” On 8 September, DCR reported of 300 asylum seekers outside Ter Apel in the rain and were forced to sleep outside. The situation in Ter Apel is “unacceptable” and “a breakthrough is needed”, the council commented. On 10 September, authorities passed a new emergency ordinance to make Ter Apel a prohibited area for unregistered asylum seekers. The Dutch Council for Refugees expressed concerns over the ban and does not find the sequence of actions logical. “First make sure that there are sufficient reception places and that communication about the process is clear, before you prohibit certain people from coming to Ter Apel”. Following the ban, Médecins sans frontières (MSF) announced the end of its intervention outside the reception centre with a decreased number of patients and improved sanitation and shelter provision.

In Belgium, where the reception crisis continues, Secretary of State for Asylum and Migration Nicole de Moor said in an interview published on 5 September that “opening new asylum centres takes time”. On the same day, almost 62 single men were denied the right to seek asylum. In response to Belgium’s failure to fulfil its international obligation in the field of asylum and migration has resulted in the resignation of the Fedasil Director and more than 1,200 convictions of the agency. ECRE member Flemish Refugee Action has announced an action in collaboration with other refugee rights’ organisations denouncing the lack of political will to provide shelter. While the moving of the asylum registration from the reception facility Petit Chateau has resolved the chaos in the Brussels neighbourhood it was located in, the rejections of people seeking to register continue at the Immigration Office on Boulevard Pacheco.