Pushback Practices: A De Facto but Covered-up Policy for Many States Says UN Special Rapporteur Amid Recent Examples of Doubtful Tactics in the EU 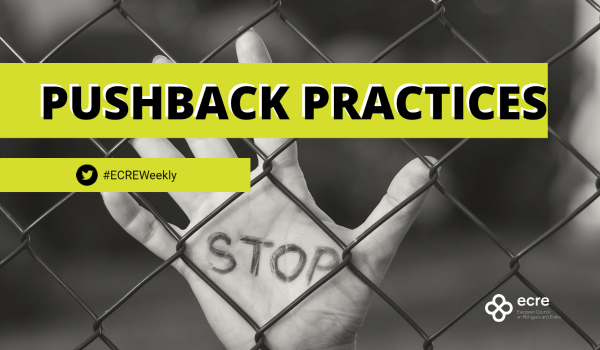 On 10 June, UN Special Rapporteur on the Human Rights of Migrants, Felipe González Morales announced the release of the report ‘Human rights violations at international borders: trends, prevention and accountability’. While recognizing “some progress” in the prevention of systematic violations at borders, Morales conclude: “pushbacks remain de facto general policy in many States and continue to seriously impede the enjoyment of the human rights of migrants who cross international borders. The full spectrum of such violations often remains hidden, due to State-led attempts to dismiss or cover up allegations of wrongdoing”. The report points out that “Steps taken to legalize pushbacks in some States are squarely incompatible with the prohibition of collective expulsions and the principle of non-refoulement”. While the geographical scope of the report is global, European and EU member states account for a significant part of the documented examples outlined in relation to pushback practices. Among them Latvia, Lithuania and Poland, introducing emergency measures suspending non-refoulement obligations at the borders with Belarus and de-facto ‘legalising’ pushbacks.

Estonia has already introduced a controversial bill to amend the State Border Act and related acts approved by the Estonian government in April drawing severe critique from Council of Europe Commissioner for Human Rights, Dunja Mijatović as well as the UN Refugee Agency UNHCR. Reportedly, Finland is also looking to introduce measures to be applied in the event of a mass influx of migrants, with the government proposing amendments to the Border Guard Act and the Emergency Powers Act. However, concluding that a complete border closure or restriction of the right to apply for asylum is not possible even in emergencies.

In Austria ECRE member, Asylkoordination Österreich, demands an explanation from the interior ministry after the Administrative Court in Sicheldorf has confirmed an earlier ruling by the Regional Administrative Court finding that pushbacks are applied partly as a method by Austrian authorities. “In December, the Minister of Interior Gerhard Karner held a speech in parliament in which he declared that pushbacks are not happening in Austria. The Court proved him wrong. Now consequences have to follow,” stated a spokesperson for the organisation, Lukas Gahleitner also noting: “The decision of the Administrative Court is groundbreaking: All rejections at the border to Slovenia in the last two years have to be evaluated externally”. The case concerns the pushback of Ayoub N, represented by Asylkoordination Österreich on 28 September 2020, along with another six people including three children. The group was forcibly removed to Slovenia by Austrian authorities despite applying for asylum and ended up in Bosnia after chain pushback via Croatia. The court confirmed that the group was exposed to inhumane and degrading treatment by being forced to strip naked and kneel individually in front of Austrian officials. Gahleitner stated: “Until now, the Ministry of Interior has not even started disciplinary proceedings against the officers involved. After the decision of the Administrative Court, there is no room for excuses and denial: Austria has to take effective measures against pushbacks” adding: The illegal pushback-route from Austria to the Balkans has to stop right now”.

InfoMigrants reports on “The shadow zones employed by French border police on Italian soil”. At an outpost manned by the French border police (PAF) inside Italy, people on the move are handed documents refusing their entry to France and Italian authorities are called on to pick them up. According to a French Senator from the Ecology Party (Écologie Les Verts de l’Isère), Guillaume Gontard, who visited the area in May: “There are quite a few surprising things going on”. Beyond the fact that French police are carrying out controls on Italian territory, Gontard notes also the fact that their entry to France is denied before they even cross the border. “They are basically anticipating that they will attempt to cross the border,” explains Laure Palun, director of Anafé, further noting: “This procedure raises several questions about juridical competence: under which framework is France able to essentially push people back? How is France able to refuse entry to its territory on the sovereign territory of another country?”. According to the recently released country update on France by the Asylum Information Database (AIDA) managed by ECRE: “Figures on the number of apprehended persons and refusals of entry at the Italian border are not fully available for 2021 at the time of writing of this report. According to the Border police, 26,000 refusals of entry were notified in Alpes-Maritimes (Menton) in the first ten months of the year, compared to 16,000 in 2019 and 17,000 in 2020. In 2018, the Prefect of Alpes-Maritimes reported that 29,000 migrants were apprehended at the Italian border, 41 down from more than 50,000 migrants arrested at the border in 2017, 42 of whom a striking 98% had been pushed back to Italy. The authorities in the district of Hautes-Alpes (Modane) stated that 1,912 entry bans have been notified in 2021”.