Push backs and police violence on the rise at Croatian border, report finds 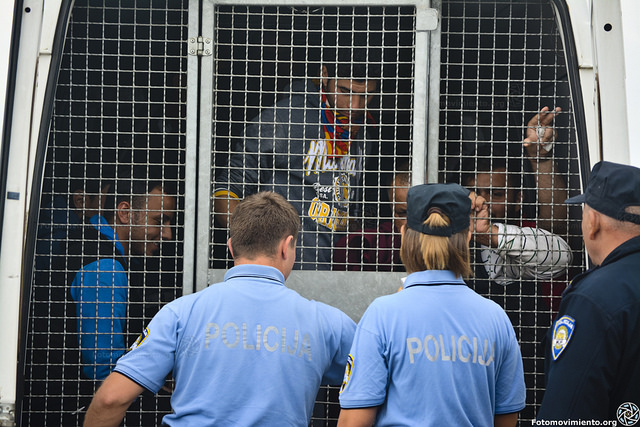 Various organisations providing daily support to refugees and asylum seekers in Croatia have recently published a new report pointing to a substantial increase of the number of pushbacks and police violence at the Croatian border. The report is the result of thousands of testimonies from people who have suffered from police brutality, humiliation or serious threats when crossing the border from Serbia or Bosnia and Herzegovina to Croatia.

Asylum seekers report being hit with sticks, deprived of their belongings and threatened with guns by the Croatian police. They are also denied access to asylum procedures after crossing the border, especially when volunteers offering legal advice are not able to assist them throughout the procedure. Asylum seekers are often put into vans or forced to walk back to the other side of the border.

In December 2017, a six-year-old child died after her family was forced to walk back along the train tracks to Serbia, despite expressing their will to apply for asylum. Following an inquiry into this tragedy and other reports of police violence at the border, the Croatian Ombudsperson found that the footage from the cameras at the time of the allegations had disappeared and criticised the lack of proper investigation by the Ministry of Interior into allegations of mistreatment suffered by migrants.

In 2017, at least 3,242 persons had been pushed back from Croatia, according to data gathered by UNCHR. In January 2018 alone, 189 asylum seekers were pushed back from Croatia to Serbia, according to Are You Syrious (AYS). More recently, the number of pushbacks to Bosnia and Herzegovina has also increased, since this has become an alternative route to reach the European Union. According to the report, Croatia became the country with the highest number of pushbacks, surpassing Hungary.