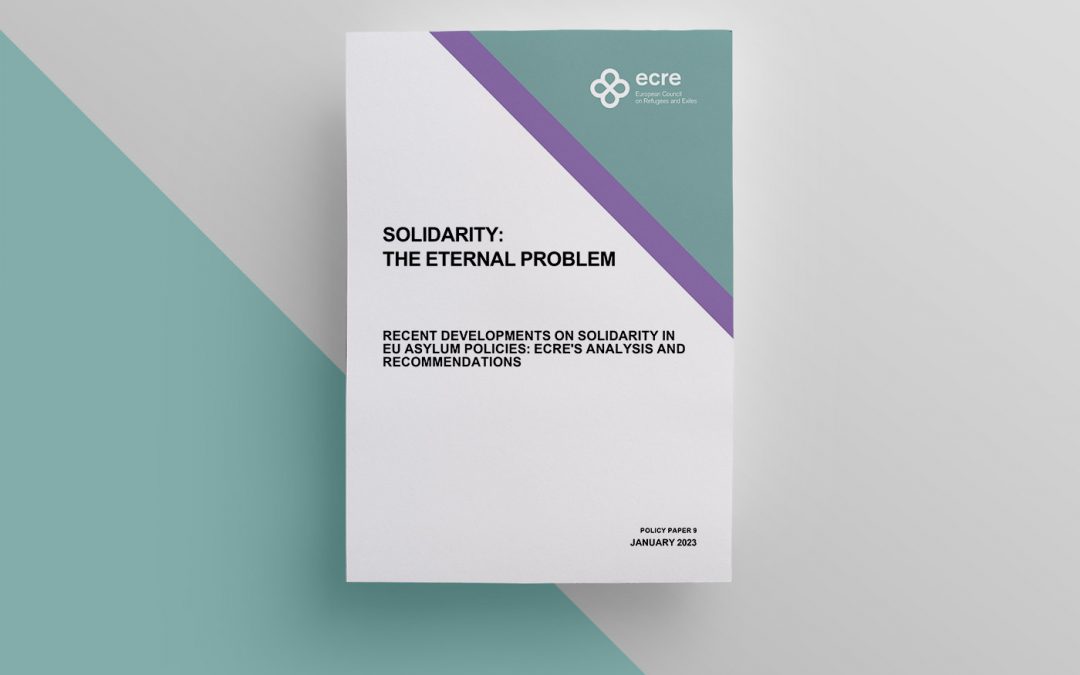 ECRE has published a policy paper analysing developments over the last two years in the solidarity debate at the EU level. It presents the existing rules on solidarity and responsibility sharing on asylum and migration at the EU level, recent legislative proposal aiming at modifying them, and provides different recommendations depending on the scenario that will materialise in coming months.

Despite not being clearly defined in EU asylum law, the concepts of solidarity or fair sharing of responsibility have been at the heart of the debate on asylum and migration in the European Union for many years. The focus of this debate is often the implementation of the Dublin III Regulation, the “cornerstone” of the Common European Asylum System (CEAS), which has frequently been the source of tensions among Member States. The European Commission has repeatedly emphasised importance of the solidarity debate, including the balance between solidarity and responsibility among the pillars of the 2020 Pact on Migration and Asylum.

The Pact files progressed slowly until the start of 2022 when the French Presidency of the Council of the EU gave it new momentum by launching the first step of the so-called “gradual approach”, which again puts solidarity at the centre of the negotiations. In June 2022, 18 EU Member States signed a Voluntary Solidarity Declaration to support the Med5 countries (Cyprus, Greece, Italy, Malta and Spain) in managing asylum applications in exchange for specific increased responsibilities at the borders, in particular in the form of the Screening and Eurodac Regulations.

In parallel, the response to the Ukraine crisis showed that an EU-wide, positive response to large-scale displacement is possible. It introduced a different approach to solidarity: granting freedom of movement to Temporary Protection beneficiaries, recognising their agency and encouraging their reliance on diaspora communities has been largely a positive development that should be considered in designing alternatives on responsibility sharing and solidarity in EU asylum policies.

Through the paper, ECRE maintains that a deeper reform of the rules on responsibility sharing is necessary above all. However, in the absence of political decisions to take forward such a reform, “corrective” solidarity mechanisms based on relocation are helpful ways to ensure a fairer sharing of responsibility among Member States, and such mechanism can have a positive impact for asylum applicants – for example, by ensuring swift access to the asylum procedure – so long as compliance with the existing rules is guaranteed, especially on fundamental rights.