Poland: Draft amendment to the law on protection of foreigners – another step to seal Europe’s border, OP-ed by Polish Helsinki Committee 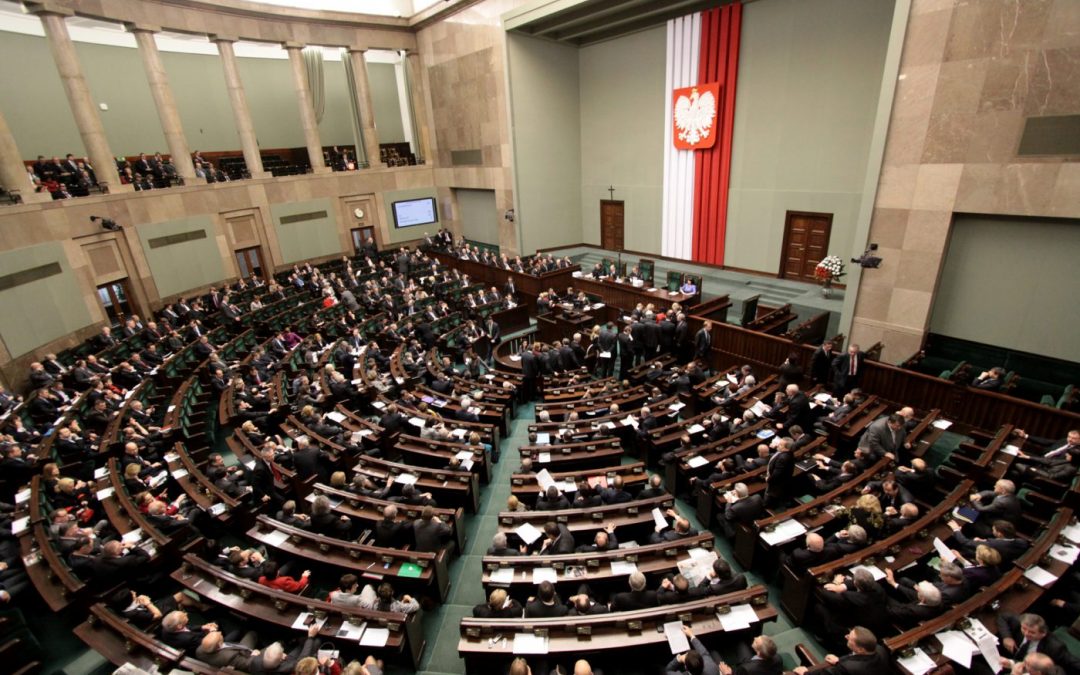 In January Polish Minister of Interior Mariusz Błaszczak presented draft amendment to the law on protection of foreigners on the territory of Poland. He claimed that there is a need to response to the growing migration flow in Poland and to ensure public security. However, he failed to explain what kind of danger to public security asylum seekers create amid lacking evidence that the number of crimes perpetrated by foreigners in Poland has increased. Moreover,  official statistics show that, for the past years the number of asylum applications lodged in Poland has not exceed 15 000  yearly and neither has it  increased recently. Taking this into consideration, it seems that the draft amendment reflects the national and regional trend of portraying foreigners as security threat and closing borders to persons seeking protection rather than the actual response to some changed situation.

At the moment, routine push-backs of asylum seekers are taking place at the Polish-Belarussian border crossing point in Terespol, which is the main entry of asylum seekers to Poland (mostly Chechens and Tajiks).. According to the Border Guards, foreigners arriving at the border do not apply for protection but want to reach Western Europe due to economic reasons. This statement is challenged by NGOs (including HFHR and the HRW) as well as the Ombudsman Office which witnessed that Border Guards ignored oral asylum requests. This unlawful practice seems to be tolerated or even encouraged by the Ministry of Interior.

Now it seems that Polish authorities prepared provisions enabling them to keep asylum seekers out of Poland with the full sanction of the law. Main points of the draft law are designated to implement EU law provisions. However, a closer look into its details reveals that it contradicts EU law and violates international human rights.

The draft law introduces border procedures. Those will be applicable to people who apply for asylum at the border, do not fulfill the entry conditions and fall into one of the specified categories: they presented other reasons than persecution in the asylum application, they came from a safe country of origin or a safe third country, they lodged subsequent asylum application based on the same circumstances, etc. According to the draft law asylum seekers subjected to the border procedure will be automatically placed in detention without access to alternatives to detention and their asylum proceeding will be accelerated. Further, unsuccessful asylum seekers may be deported without the chance to appeal.

It is obvious that these provisions violate the right to freedom and personal security as well as the right to effective remedy. But there are also serious doubts whether it is possible to conduct border procedure not at the border but at the territory of state. According to the justification to the draft amendment border proceedings will be conducted in two detention centers – in Biala Podlaska (around 30 kilometers from the border) and in Lesznowola near Warsaw which would create the legal fiction where the asylum seekers who have de facto crossed the border will not be authorized to entry Poland.

The draft law introduces also lists of safe countries of origin and third safe countries. These lists will be created under the government’s regulation and will be updated every two years. While the sole concept of such lists is legal under EU law, they pose a challenge to the Geneva Convention as they result in the discrimination of refugees based on their country of origin. Concerns prevail in regard to the possible designation of Belarus and Ukraine as safe third countries and Russian Federation as safe country of origin. This would result in effectively all asylum seekers facing border proceedings and effectively prevented from entering the country.

Furthermore, a new governmental body, the Foreigners Board, will be created under the draft amendment. It would replace the current Refugee Board. The main difference is that the Foreigners Board is designed to serve as a court with the power to consider appeals against both asylum and return decisions. The analysis of the proposed provisions however raises doubts whether the Foreigners Board may be treated as a court, concerns persist that it actually depends on the Ministry of Interior and automatically upholds first instance negative asylum decisions.

The proposed amendment together with the current lack of proper state-funded legal assistance to refugees and non-existing system of identification of vulnerable persons may lead to systematic flagrant violations of EU and international law. Helsinki Foundation for Human Rights as well as other Polish NGOs prepared comments to the draft law. We will monitor further government’s activities on the draft amendment preparations.

Jacek Białas, Lawyer of the Helsinki Foundation for Human Rights

Photo: Ministry of Foreign Affairs of the Republic of Poland