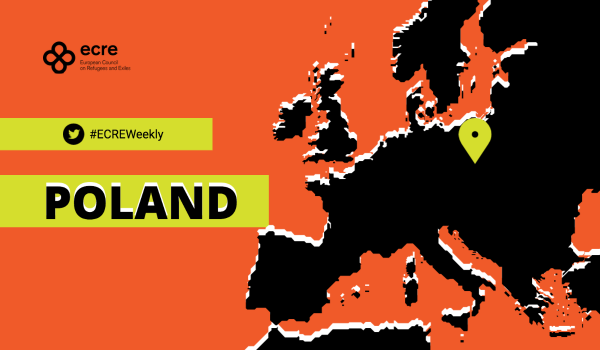 Council of Europe report confronts Poland of rule of law as Ukraine displacement sparks warmer relations with EU. As pushbacks continue at border with Belarus, Border Guards in fear of criminal charges points to responsibility of superiors.

Poland has also long been at odds with the EU, NGOs and human rights bodies over the rule of law. The latest example is a report by Secretary General of the Council of Europe, Marija Pejčinović Burić published on 23 November raising serious implications related to two judgments of the Polish Constitutional Court from November 2021 and March 2022. The judgments found: “that the European Convention on Human Rights, specifically Article 6, which ensures the right to a fair trial (as interpreted by the European Court of Human Rights), is not compliant with the Polish constitution”. The Secretary General: “concludes that the established and exclusive competence of the European Court to apply and interpret the rights set out in the Convention was challenged by these two judgments. As a result, Poland’s obligation to ensure to everyone under its jurisdiction the enjoyment of the right to a fair trial by an independent and impartial tribunal established by law is, at this stage, not fulfilled in Polish law”. However, according to EURACTIV opinion editor, Benjamin Fox and political reporter, Eleonora Vasques the “Ukraine war has seen Poland shed its EU ‘problem child’ tag”. Since the Russian invasion of Ukraine, Poland has granted a temporary protection to more than 1,5 million Ukrainian refugees as of 22 November and Fox and Vasques state: “It is easy to forget that less than a year ago, Poland and Hungary were the ‘problem children’ of the EU, waging a long-running battle with the European Commission on the rule of law and a culture war encompassing migration, abortion and identity”. They further point to the contrast between the Polish government’s angry and hostile approach” to people arriving from Belarus last year with the welcoming of refugees from Ukraine.

In 2021 thousands of people attempted to cross the border from Belarus to Poland in what has been identified as a “hybrid threat” and Belarusian “instrumentalisation” of migration by the EU and Poland. The European Commission recently reiterated: “The European Union firmly rejects attempts to instrumentalise people for political purposes and is working closely with Polish authorities to support them in this complex task,” adding: “Orderly, firm border management in full respect of European asylum law and migrants’ fundamental rights is the only effective and humane way to manage this situation”. At least 27 people have been confirmed dead at the Polish border but according to Grupa Granica 186 people have gone missing attempting to cross from Belarus. According to the organisation pushbacks continue at a rate of upwards of 70 incidents each week. “The Polish services use euphemisms. They say they ‘send people back to the Belarusian border’, but in reality they often use force, putting people’s lives at risk, for instance by making them cross rivers with strong currents,” the organisation added. However, as judgments at Polish courts have declared the practice illegal Border Guards are reportedly in fear of potential criminal charges pointing to the responsibility of their superiors. Border Violence Monitoring Network (BVMN) stated: “Polish border guards from Białowieża post wrote letter accusing commander and deputy of giving orders to commit crimes against people on the move – guards concerned over individual criminal proceedings after court rulings held that pushbacks are illegal”.

Meanwhile, Poland began laying coils of razor wire on the 2.5-meter high and 3-meter-deep barrier along its border with Kaliningrad – a Russian exclave wedged between Poland and Lithuania – amid fears that Moscow is using it as a conduit for “illegal migration”. Poland has recently completed a 186-kilometre border wall with Belarus to “prevent illegal migration that is politically motivated and aimed at destabilizing the situation in the region”. “The first sign of the war in Ukraine was Alexander Lukashenko’s attack on the Polish border”, Polish Prime Minister Mateusz Morawiecki said. It has also started the installation phase of high-tech monitoring equipment including cameras and motion sensors along the border. The Polish Border Guard has already noted a decrease in the number of migrants crossings compared to the “thousands in 2021 and earlier this year”. “The Iron Curtain is gone, but the ‘barbed wire curtain’ is now unfortunately becoming the reality for much of Europe,” said Klaus Dodds, a professor from the University of London, while Poland’s Minister of Interior and Administration Mariusz Kaminski said that both walls will make Poland have “the most secure border in the European Union”.