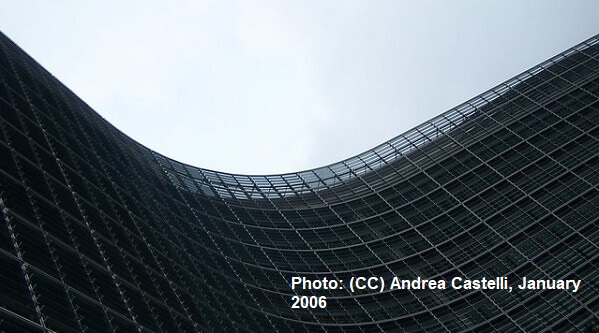 On the 24 November 2020, Commissioner Ylva Johansson and vice president Margaritis Schinas released the new Action Plan on Integration and Inclusion, preceded by an open consultation with stakeholders.

The document replaces the 2016 Action Plan for Integration of third country nationals, and extends the duration of the instrument to 7 years, with a mid-term review to be conducted at the end of 2024, aligning the framework with the next Multiannual Financial Framework (MFF) of the EU, and the programming of EU funds. Recognising migrants’ contribution to the society, also with regards to the role of migrant workers in the COVID-19 pandemic, the document defines integration at the core of the ‘European way of life’, and puts inclusion at the core of a well-functioning asylum and migration management. Despite a generally positive narrative on asylum and migration, which contrasts with the approach put forward by the new pact on migration and asylum, the Action Plan undermines this by  repeatedly linking integration and prevention of radicalisation, building on the wrong, simplistic assumption that migrant youth gets more easily attracted by violent extremist ideologies.

Scope of the Action Plan: a step forward

The Action Plan on integration and inclusion contains a few encouraging aspects with regards to the shift from a ‘status-based’ approach to a ‘need-based’ approach in the delivery of services. First of all, unlike its precursor, it does not include a specific reference to residence status of third country nationals. Although avoiding any direct mention to undocumented migrants, this provision opens to the inclusion of people with irregular or precarious status in some of the actions enlisted, in line with the recommendations presented by local authorities and civil society organisations, and the excessive emphasis on the status of migrants in the previous Action Plan. A clear mention to non-discrimination on the basis of the status is included when referring to migrant children and the upcoming EU Comprehensive Strategy on the rights of child.

In practice, the inclusion of undocumented migrants among the beneficiaries of the enlisted actions is still unclear, and will depend on the interpretation on the use of the funding instruments (ESF+, ERDF) that will be adopted at the national level. To ensure that social inclusion actions and access to basic services does not marginalise the most vulnerable, the European Commission should provide clear instructions to the managing authorities responsible for EU funds.

The document also extends the scope of integration to EU citizens with a migrant background, considering both people who have been naturalised and people with foreign-born parents. Although looking at people for what they may need and not just for their visa entitlements should be seen as a step forward, people who are EU nationals should be treated as such, regardless their country of birth or the country of birth of their parents. Addressing their social inclusion needs as a specific group risks perpetuating racism and discrimination against people of colour and people of foreign origin, who are already far too often treated as ‘foreigners’ in their countries, with a consequent negative impact on their self-perception. Furthermore, it risks entrenching approaches that consider unequal outcomes in education and employment as originating from cultural differences rather than racist discrimination and economic inequality.

Compared to the previous Action Plan, the document leaves behind the focus on pre-departure and? pre-arrival measures, which constituted one of the objectives formulated in 2016, even though the evaluation of the Action Plan pointed out that efforts were limited in this priority. To better support member states engaged in resettlement efforts, actions in this area would be desirable. Conversely, a stronger attention is given to the involvement of European societies in integration and inclusion policies, with a long list of proposed activities for participation and encounters across communities. Although every contact between “host societies” and newcomers are very welcome for their contribution in fighting prejudices and polarisation, it will be important for these activities to be implemented on equal footing, avoiding patronising approaches and maximising those activities which promote a shared sense of belonging between groups.

Another key aspect is the announced increased opportunities for EU funding under the 2021 – 2027 MFF. Despite an announced stronger focus on integration, EU funds = for = integration as the ESF+ or the ERDF will not increase their amount in the next seven years. Recommendations concerning the EU funding for the recovery plan are very limited and vague: member states are only requested to ‘take into consideration’ the situation of migrants and their children in their national recovery and resilience plans, despite the disproportionate impact of the pandemic on migrants and refugees. Last, no mention is given to the REACT-EU instrument, which – by adding funding to the cohesion policy could include support to migrants. As the European Semester should guide the use of these resources, a focus on third country nationals, it must secure an adequate focus on third country nationals’ social inclusion.

Last, the Action Plan has a strong gender dimension which recognises the multiple challenges faced by migrant women in education, employment, access to health and participation in the society. Building on and complement by the Gender Equality Strategy 2020-2025, the Action Plan intends to support migrant women in integration and inclusion, in line with the recommendations of many civil society organisations.

The four areas of integration enlist a wide range of commitments which go in the direction recommended by local authorities and civil society organisations, including ECRE and PICUM. Also, the emphasis in the multi-stakeholders approach and the local authorities role in integration, which builds on previous experiences, represents an important focus ensuring the valorisation of best practices.

Yet, due to the long duration of this Action Plan, the areas for intervention are very general and funded actions are not specified: a yearly or two-years detailed overview of actions foreseen at the EU level would help the assessment of the Action Plan ambitions. Similarly, the scope of initiatives on health, which should not leave anyone outside, will be possible to evaluate only in their implementation. Very promising developments cover the assessment and validation of skills as well as the mainstreaming of language learning in employment and education, as well as a strong emphasis to skills recognition. However, when it comes  to employment,  the Action Plan misses the opportunity for recognising that a crucial question for inclusion is not just getting a job, but getting decent pay and working conditions that provide financial stability and work-life balance. Migrants are significantly more vulnerable to precarity in employment, being often forced to accept degrading working conditions due to their visa arrangements. Ensuring that migrants are aware of their workers’ rights and put in the conditions to access justice through access to information and labour monitoring and complaints mechanisms is a precondition for true labour integration.

A clear engagement from member states is a precondition for results

Although each objective of the Action Plan includes recommendations for EU member states, such recommendations risk to be implemented to very different degrees across the EU – as in the case of the 2016 Action Plan. The establishment of a joint scoreboard on integration policies – proposed as a support to compare countries’ achievements and identify the areas which need more progress – could constitute a positive change towards a better involvement of national policies.

The Action Plan shows a considerable commitment in improving existing mechanisms for measuring integration, however a direct endorsement of its objectives is needed from the Council side. To ensure that the scoreboard delivers productive exchange in good practices, it will be also necessary to create a political momentum around integration. Several member states and European political parties already recognise the need for stepping up integration in EU asylum and migration approach: periodical Council meetings and a clear commitment of EU Council presidencies should be promoted, in order to overcome the limits of EU competences.