Op-ed: The EU at the Dock for Crimes against Humanity? 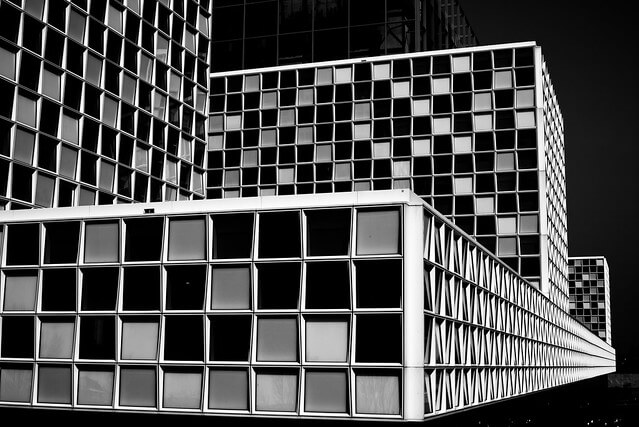 Op-ed by Jens Dieckmann and Susan Adamsen. Jens Dieckmann is Senior-Partner of Becher & Dieckmann–Rechtsanwälte (Bonn, Germany). He represented clients at the ICTY and ICC and is currently assigned Common Legal Representative, Associate Counsel, for victims in the ICC Banda case. Susan Adamsen is an LLM candidate in the University of Southern Denmark and is currently an intern at the Office of the Prosecutor at the UN International Residual Mechanism for Criminal Tribunals.*

On June 3, a wake-up call shook the world; Juan Branco, a French Lawyer who formerly worked at the International Criminal Court (ICC) and is currently part of the legal team of WikiLeaks’ Founder Assange, and Omer Shatz, a Professor of Law who teaches at Sciences Po University in Paris, submitted a 244-page document to the ICC, calling for a prosecution of the EU and member states for the deaths of thousands of refugees who drowned in the Mediterranean fleeing Libya. The authors call for punitive action over the EU’s deterrence-based migration policy after 2014, which allegedly “intended to sacrifice the lives of migrants in distress at sea, with the sole objective of dissuading others in similar situation from seeking safe haven in Europe”.

The right to control borders and ensure security comes with the inherent duty to effectively protect the rights enshrined in maritime, human rights and refugee laws. Ending EU’s “Mission Sophia”, which rescued almost 50,000 people, might imply an acceptance of an increased risk of further foreseeable deaths in the former EU operation area. Ending the deployment of ships to the Mediterranean since end of March 2019 meant ceasing the one positive element of Mission Sophia’s work. This alleged foreseeable increase of deaths in consequence of EU policy raises the question of accountability of the EU under the legal framework of International Criminal Law to which the authors replies affirmative.

At first glance, the strength of the legal arguments and the value of the evidence proposed cast substantial doubt on whether this Article 15 Rome Statue communication will open the door for a first ICC investigation targeting the EU, or member states (which is – by the way – not made clear by the authors).

The authors attempt to link the EU policies in the Mediterranean to the crimes committed against migrants in Libya. They argue the EU is liable for omission and as indirect co-perpetrators under a vague command-like liability towards a dolus eventualis standard (objective foreseeability of the likely outcome of actions and the acceptance thereof). Therefore, the foreseeability and acceptance of the risk that crimes will be committed as a result of the assistance to the perpetrator are fulfilled. The authors contemplate that commence of crimes rely solely on the involvement of the EU, which is an extreme conclusion as crimes in Libya were already being committed at the time of the EU involvement.

The threshold of so called Joint Criminal Enterprise (JCE3) – established by International Criminal Tribunals – remain that “(i) it was foreseeable that such a crime might be perpetrated by one or other members of the group and (ii) the accused willingly took that risk that is, being aware that such a crime was a possible consequence of the execution of that enterprise, and with that awareness, (iii) the accused decided to participate in that enterprise”, even when the common plan is specifically directed at the achievement of a non-criminal goal.

However, there is doubt as to whether the authors sufficiently meet the chapeau requirement for the modes of liability, with the rather vague conception of the EU as an organisation that should hold a command-like responsible to the Libyan Coast Guard, without defining an individual responsibility required for an ICC involvement.

Therefore, an agreement between the EU and a state of alleged perpetrators of crimes against humanities (here: Libya), by means of assistance with financial support, training programs etc. for the purpose of securing boarders and rescue missions, does not easily justify the reciprocal attribution of the contributive acts to the joint perpetrators. The coordinated sum of this agreement does not result in the realisation of the objective elements of a crime, thereby failing to establish the objective requirements of the common plan, an element of criminality. Together with the argument of possible foreseeability that the assistance and ending of Mission Sophia would result in the commerce (expansion) of crimes, as more people will be left in the fate of the Libyan authorities and/or criminal organisations, potentially qualify as to accepting a very broad interpretation of the JCE3.

Even from a broad pragmatic perspective, if prosecution is feasible, this mode of liability would be extremely difficult to establish in a trial. In terms of prove, the evidence base of the communication fall short. In addition, the submission stipulates at one point that the EU had full control over each and every instance in which Libya Coast Guard (LYCG) had been commanded to intercept migrant boats, but then we learn from the attached (anonymous!) ‘expert opinion’ that the LYCG is operating as a criminal organisation which was hardly controlled by the government of Libya.

The evidence that the authors offer to prove their case is merely hearsay evidence, derived from observations by NGOs, secret reports from Wikileaks, literature, accompanied by one anonymous ‘expert opinion’ and a single victim statement. The ICC provides for “free assessment of evidence” where open source materials contribute to evidence materials which could potentially serve as a foundation to further an investigation. Ever since Lubanga and Bemba (ICC: Prosecution v Lubanga, Case No. ICC-01/04-01/06 and Prosecutor v Bemba, Case No. ICC-01/05-01/08) Trial Chamber has endorsed the approach, cautioning against affording too high a probative value to hearsay evidence but acknowledging that even anonymous hearsay evidence may be useful in corroborating other evidence in the record. The ICC does consider hearsay evidence less reliable than direct testimony, and thus it is granted less probative value.

Corroborating and authentication will be crucial to meet the chapeau for admission. Even when overcoming the obstacles and uncertainties surrounding the admission of evidence, the question remains in the fate of the discretion of the judges to give it weight.

The avenue of an Article 15 Rome Statute submission creates indeed a new and – in principal – promising opportunity for justice to the victims of the Mediterranean. For it to succeed, it remains an imperative for future submissions of this kind to establish individual responsibility for implementing governmental policies commencing in crimes against humanities. It’s worth a try!

*The views expressed in this op-ed are those of the authors alone and do not necessarily reflect the views of the International Residual Mechanism for Criminal Tribunals or the United Nations in general.

ECRE publishes op-eds by commentators with relevant experience and expertise in the field who want to contribute to the debate on refugee rights in Europe. The views expressed are those of the authord and does not necessarily reflect ECRE positions.