Op-Ed: Protecting migrants – value of life and respect of the dead 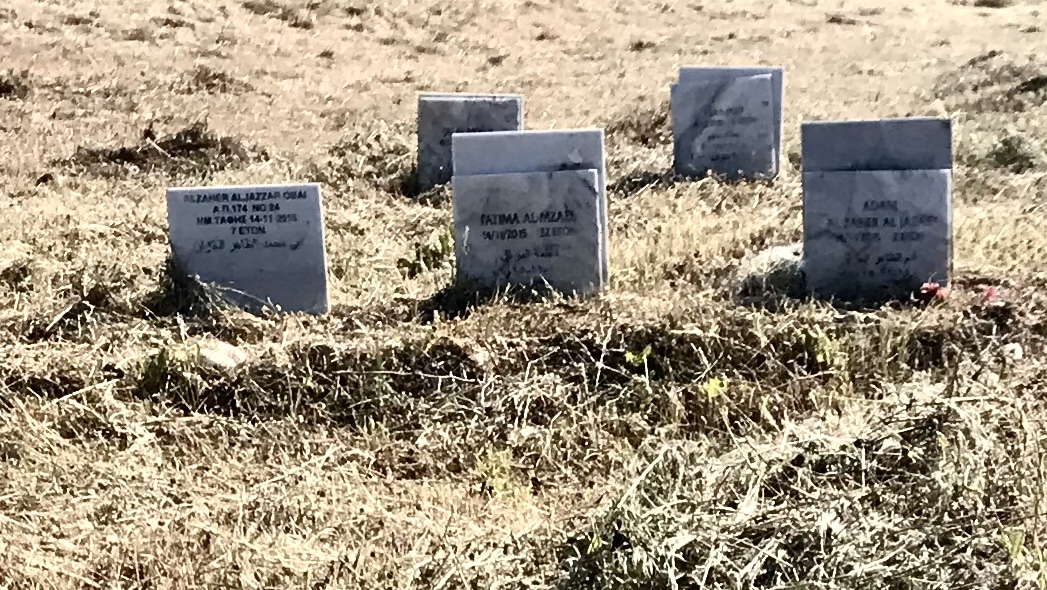 Migrants’ and refugees’ lives have become increasingly devalued through a political rhetoric and practices in ‘developed’ countries that classifies them as an unwanted problem – a threat to their economy, resources, cultural coherence and even security rather than acknowledging the positive and varied contributions they make to the societies they arrive in. Where no legal access to escape persecution and violence or seek a way out of poverty exist, an alternative and deeply risky travel network for the unwanted now spans the globe. In the seas separating Europe, Africa and Asia, and land borders between Central America and the USA, on the oceans between Myanmar and Bangladesh, Australia and East Asia, in the high security border zones of Calais and Melilla, and many other places, death is the common currency of migration when the direction is from countries with less resources to countries with more. Freight trains, unseaworthy vessels, container trucks, perilous walks through hostile terrains are now the standard forms of transport for so many. Whether refugee or migrant the journey, the risks and resulting deaths are the same.

On 10th and 11th May 2018 experts and activists from across the world met on the island of Lesvos to call upon States to comply with a ground-breaking new Declaration of international standards to be applied when dealing with the tragic deaths of migrants known as the Mytilini Declaration.

The Last Rights Project proposed the Declaration in response to the many avoidable deaths resulting from failure by states and their agencies to provide safe passage; humanitarian corridors; routes out of major conflicts and persecutory regimes and the absence of accessible, fair visa schemes and legal routes for economic migration, for millions of people seeking to provide better lives for their families.

Tens of thousands of people have gone missing and died on dangerous journeys by land and sea, across some of the harshest environments and subject to exploitation by those seeking to profit from their misery. Many are never found, most deaths are never investigated, families are left without any means to find out what happened, without any means of mourning and laying to rest their loved ones and no access to reliable justice systems to hold accountable those who may have caused or contributed to those deaths. The Mytilini Declaration begins to address some of the myriad injustices and indignities that families experience in times of their greatest distress and vulnerability.

Exacerbating these injustices is a bureaucratic inadequacy and even indifference to meet the complex challenges facing families seeking their missing loved ones or bereaved families needing to find closure and comfort in the rituals of mourning and burial. Many bereaved families are split across several countries as a result of their migration journeys. Most face language barriers and an absence of assistance to help them navigate the bureaucracy of death, a lack of counselling and a lack of funds to meet the costly demands of resolving issues such as repatriation of their deceased, obtaining visas and accommodation. States’ systems are in the main fragmented and incoherent, with no one authority taking a coordinating role, no one person taking responsibility for the family’s needs, no over-arching system of tracing and matching forensic data.  In many cases, the state authorities are the very people feared by families suspicious that they may be exposed to deportation and harm if they provide information as part of a process of identification.  For too many people there are myriad dangers associated with engaging with the authorities whose help they need. The lack of an independent mechanism for supporting families, confidential management of their personal information and the lack of any meaningful public inquiry system to investigate the cause of death adds injustice to injury. The number of unidentified bodies buried in unmarked graves, where no investigation has taken place is high and undoubtedly made higher because of the lack of trust and confidence felt by families and a lack of consistent and independently monitored procedures. Deaths that are potentially caused by criminality are left un-investigated, marked as accidental, put down as just another migrant death in contrast to the deaths of a state’s ‘own’ civilians.

In war zones it is clear under international humanitarian laws what the duties of states are to both the military and civilian dead. There is no similar coherent body of duties in relation to migrants, although well-established international human rights laws and treaties all provide a clear basis for our obligations to deceased and bereaved migrants. The Mytilini Declaration does not create new law, instead it proposes a minimum set of standards grounded in existing human rights laws and norms. In doing so there is nothing new for states to agree, only to develop procedures and systems that comply with those duties.

The Mytilini Declaration provides a clear framework irrespective of the type of legal system of any country. It can operate as easily in Europe as it can, for example, in America, Africa or Asia. It calls upon states to cooperate and invest in developing standard procedures that can work at both a local and transnational level, that recognise and protect the role of human rights defenders, rather than prosecuting and obstructing them, that recognise and restore the dignity of families and their dead rather than compound their trauma. It also offers a way in which families can feel more confident that they have the support they need, at the right time, in the way that they need it; that there is no impunity for what has happened to their missing and dead relatives and that every person’s life has the same value whatever their immigration status.

Over the next 12 months the Last Rights Project will be promoting the Declaration across international institutions, states and civil society. We will also be producing a set of guidelines in the form of a Protocol to this Declaration, to give more detailed practical content to the standards. It is open to all organisations and individuals to endorse the Declaration, to use it in their own work and to promote it within their own spheres of influence.

In the history of the development of new human rights instruments it has invariably been civil society activists who have taken the lead where states have failed or delayed. On matters from torture to children’s rights, where once there were no international treaties civil society persistence established these as new norms. We hope that over time, the rights of bereaved families of migrants and refugees will be an accepted part of our international laws and common standards.