Op-ed: How to Design Fair and Efficient Asylum Procedures in Populist Times? 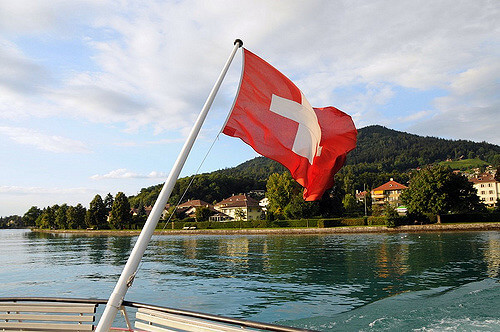 By Dr. Constantin Hruschka, Senior Research Fellow at the Max Planck Institute for Social Law and Social Policy in Munich

As of today, 1 March 2019, the new asylum procedure will be implemented in Switzerland. It offers independent, free legal aid for asylum seekers provided by NGOs (as official service providers) from registration until the end of the first instance procedure. A long journey that started with the March 2011 report “on measures to accelerate” of the asylum procedure by the Federal Department of Justice and Police (FDJP) has led to a complete overhaul of the Swiss asylum system.  Before its introduction, the system was tested in one asylum centre with around 1.500 application/year. This pilot (“Testphase”) started in January 2014 in Zurich. The acceleration of procedures, along with fairness for asylum seekers, quality of decisions, suitable accommodation, efficient integration and return procedures are the key elements of the new procedure.

Keep it simple and efficient: The principles are simple yet revolutionary. Founded in the doctrines of fast processing, fair processing, and participation, the reformed procedure entails clearly defined steps and timelines that broadly follow the arc of the following actions: prepare, do, decide.

1) Prepare – A preparatory phase of three weeks (ten days for Dublin procedures) maximum is foreseen. In this phase the applicant’s file (with the input from both the authorities and the asylum seekers) is prepared in such a way that the asylum procedure may be conducted in a fair and efficient manner.

2) Do – In the substantive asylum procedure a full asylum interview will be conducted after the preparatory phase. In Dublin procedures either the request to the state identified as responsible is lodged or the national procedure is started.

3) Decide – Based on the outcome of the interview, a decision is made whether the asylum application is dealt with in the accelerated eight working day procedure (“easy cases”), or if further clarifications of the circumstances of the case are necessary (“extended procedure”). Under this approach it is possible to decide more than 60% of all cases within a maximum of five to ten weeks and thereby significantly reduce the length of the asylum procedure.

The procedural dimensions: Fast and fair processing is secured through the availability of free legal aid for all asylum seekers from day one of the asylum procedure. The Federal Council (i.e. the government of Switzerland) has explained this approach in the Federal Gazette: “To ensure that the rapid procedures are carried out correctly and fairly in accordance with the rule of law, asylum seekers should be entitled to free counselling on the asylum procedure and free legal representation as an accompanying measure.”

For administrative purposes, Switzerland is divided into six “asylum regions” with six federal asylum processing centres, where the procedures will be conducted. Further federal centres in other parts or cantons of the region have also been created for accommodation during or after the procedure. Applicants’ stays in a federal centre are limited to a maximum of 140 days. If an application is rejected in a final decision, the returns procedure will be initiated (and ideally also finalized). If a person is granted protection, she or he will be assigned to one of region’s cantons for integration. To gather the sustainable agreement of cantonal and local authorities for the new model, it was essential to both find suitable locations for the planned federal centres and establish a new compensation model between the cantons in a pragmatic and participatory dialogue.

Organizing consent: As migration laws in general and the asylum area in particular are among the preferred political battlefields in Europe designing and implementing the new procedure was not an easy task. The master key to the process’s success, was that it was not only accompanied by the (regular) consultation procedures for all interested stakeholders, but was also complemented by two national asylum conferences attended by representatives from the Confederation, the cantons, local cities and communities (in 2013 and 2014), regular consultations with civil society in different formats  and a public campaign for the new asylum procedure in the context of the national referendum on the new law in 2016. The populist Swiss Peoples Party, which dominated the migration discourse for more than a decade in Switzerland called for a public vote on the new law and campaigned inter alia against the “gratuitous advocates” for asylum-seekers. 66.8% of voters favoured the new asylum model. This large-scale political and societal agreement was a major success and is a solid basis for the roll-out of the new model.

Transparency and respect: From a substantive point of view, the focus on efficiency and fairness are vital to the future success. In practice, the pilot (“test”) phase shows that free advisory services and legal representation for asylum seekers contributes not only to procedural fairness but also to the efficiency and speed of the procedure. Enhanced transparency is an essential condition to safeguard asylum seekers’ cooperation in the procedure, and also facilitates their understanding and acceptance of asylum decisions.

Perhaps the most important lessons authorities and NGOs in the asylum sector learned from this process were that the “other side” also acts professionally, and, that diverging and controversial viewpoints seldom played an eminent role in practical work.

A model for other countries? The process that has led to the implementation of the new asylum procedure can be seen as a model for successful asylum reforms. Exchange, participation and willingness to compromise on the part of state and non-state actors imbued the process with a high degree of credibility and generated substantial support for the new procedure.

Of course, this process will not guarantee a functioning procedure after today’s roll out, but the broad support for and interest in the procedure, along with the professionalism that boosted the new procedure’s credibility have created fertile soil where a qualitative and sustainable asylum procedure may grow. It is important to nourish the tender plant that has until now cautiously been raised by internal and also external care. Professionalism, legal scrutiny, equal treatment, continuous evaluation and transparent communication will be the essential keys to success in the years to come.