Op-Ed: Forgotten at the gates of Europe 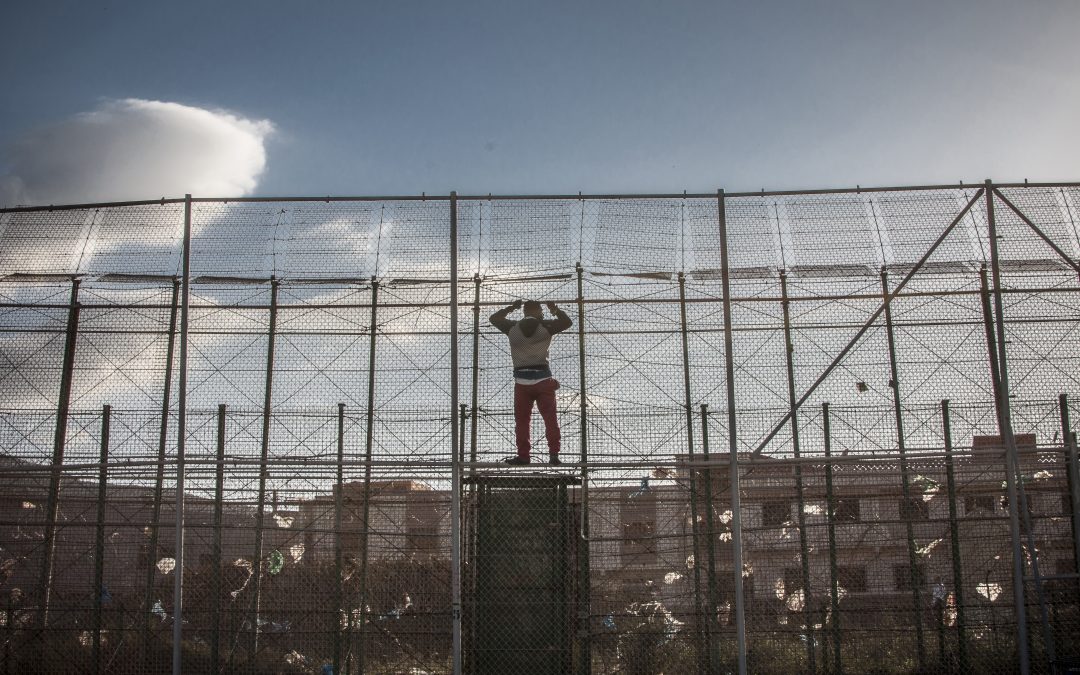 “Nothing new under the sun” we were thinking, slightly concerned, at JRS Europe, when we started analysing the more than 100 interviews our partners conducted with forced migrants in six different EU countries in 2017. The issues emerging were the same issues that we and many other organisations and institutions have been reporting on for years. We did not have any breaking news. And then it hit us: that was precisely the problem. Despite three years of fervent EU activity in the field of asylum and migration, nothing has changed. People are still dying trying to reach Europe, and the welcome for those who make it becomes colder every day. The EU’s policies may have succeeded in reducing the number of arrivals, but they have certainly failed to improve the situation for people seeking protection, who have often ended up forgotten at the gates of Europe.

JRS interviewed forced migrants in Romania, Croatia, Greece, Italy, Malta and Spain. These are six very different countries, but with one thing in common: being at the EU’s external border. We asked the people we met about their journeys, and about their experiences when crossing the EU border and once inside the EU. Each story was different. Yet they showed many similarities. People told us about long and life-threatening journeys, in which the moment of crossing the sea was just the most visible of the traumatic experiences they had had to survive. People had been beaten and abused along the way, and some women had been forced into prostitution to pay for their journey. A 19-year old Somali woman, who was pregnant during her journey, told us how one of the smugglers had threatened to take her baby when it was born and sell it, because she did not have the thousands of dollars he demanded of her as the price to cross the Mediterranean.

When people reach the EU’s borders, the situation does not improve: violent push-backs are still a reality today in Europe. Nearly all the 17 people JRS interviewed in Croatia and Serbia, including the five minors, reported stories of physical abuse by Croatian border guards and of immediate push-backs to Serbia. Similarly, in the Spanish enclave of Melilla JRS interviewed Mamadou, a 27-year-old from Burkina Faso. He had succeeded in climbing the last in a series of fences to reach Spanish territory from Morocco, when he had slipped and fallen about six metres to the ground. He had severely injured both of his ankles, and could not walk. When the Spanish security forces found him, instead of taking him to a hospital, they took him back to Morocco.

If people are not immediately pushed back, this does not mean that they will be given easy access to the asylum procedure. In some cases, we found that the authorities had discouraged people from applying for protection, because (they said) their country would not accept them anyway. In several cases people had ended up not applying for protection because they felt uninformed, they did not know what to do, or they did not understand the language in which information was given to them.

The Dublin Regulation remains another of the main obstacles to protection in Europe. This piece of legislation, created to ensure that each asylum application would surely be examined by one Member State, has ended up deterring people from applying. Some of the people we met told us that they knew that if they had applied for asylum in the Member State from where they had entered the EU, they would probably have had to stay there. But many of them had family, or a network elsewhere, or they considered that they had better chances of integrating in another country. In other cases, it was the inhumane reception conditions that they found in the country where they had first entered the EU that pushed them to move away.

These problems are, unfortunately, not new, and likewise the solutions to them are already known. First, the EU must create safe and legal pathways for people seeking protection. Secondly, in the discussions around the current reform of the Common European Asylum System, Member States must work towards guaranteeing dignified reception conditions and swift and fair asylum procedures everywhere in the EU. And finally, the Dublin Regulation must be reformed to ensure that asylum seekers’ preferences are taken into consideration when deciding which Member State is responsible for their applications.

Unfortunately, with the conclusions of the European Council of 28 June, Member States reaffirmed their wish to spend energy and money on trying to prevent people from coming to Europe or, in the best case to confine them in “controlled centres” at the EU’s external borders. The reform of the Common European Asylum System is postponed once again. After all (they seem to think), if we stop people from coming, we do not need a common asylum system.

The consequences of this, I am afraid, are sadly predictable. The number of people arriving may further decrease, but people seeking protection will get stuck in dire conditions, outside the EU, in countries that are not able or not willing to protect them. To escape these situations, they will pay ever higher prices to people smugglers, and take ever more perilous journeys. People will still die on their way to Europe. Those who manage to arrive will still injure themselves on the border fences and struggle to access the asylum procedure in Europe. In short, sadly, “nothing new under the sun”.