Op-ed: Detention in Malta Might be the Norm but it is no Solution 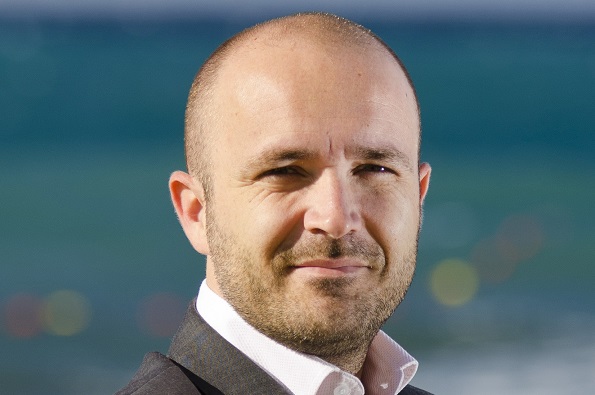 Hundreds of asylum-seekers are currently illegally detained in Malta’s squalid detention centres. Having reached the island by boat, often after days or weeks out at sea desperately waiting for their rescuers to be allowed to disembark them in safety, they are faced with cruel treatment by a system clearly intent on depriving them of the most basic fundamental human rights.

In mid-2018, faced with increasing arrivals by sea and an Italian Government reluctant to continue receiving all persons rescued at sea, Malta found the detention provisions in the Reception Conditions Directive insufficient to justify its wish to please an increasingly racist and xenophobic electorate. Just a few years before, Malta’s systematic detention policy was under consistent attack from a long list of national and international human rights agencies, including the European Court of Human Rights, that criticised the system for its non-compliance with core standards relating to deprivation of liberty: no individualised approach, inhumane living conditions, no effective oversight or accessible remedies, arbitrariness. As a result, and compelled by the adoption of the recast Directives, Malta reluctantly revised its detention regime. Yet the new regime did not last too long.

The situation today in Lyster and Safi Barracks is far worse than it ever was. Since the summer of 2018, and therefore months before we even heard of COVID-19, hundreds of men have been detained under the pretext that they posed a public health risk. Malta’s Superintendent for Public Health signed piles of documents locking away asylum-seekers since, she claimed, there was a suspicion that they might spread a contagious disease. When we looked into this practice we noticed a string of illegalities, each placing this new detention regime in clear violation of international, European and national standards.

The Superintendent is not authorised at law to order, let alone implement, the deprivation of any person’s liberty on health grounds as legislation grants this authority to the judiciary. In a flagrantly discriminatory approach, any reasonable suspicion of spreading a contagious disease was only held in relation to persons reaching Malta by boat and not to any other person originating from or travelling through the countries flagged as high risk for whatever disease was imagined. Despite being medically cleared a few days following their arrival, all asylum-seekers remained detained under the public health pretext. Even if we tried giving the Superintendent the benefit of the doubt, just for argument’s sake, the legal time limits for health-based detention were exceeded by weeks – for some cases by months – in each and every case that we saw.

Confirming our suspicions that something was seriously wrong, in each habeas corpus case we brought before the Courts, the Superintendent for Public Health confirmed that she had no objection to our clients’ release.

Yet this is not the full extent of Malta’s disregard for legal norms, for the pain inflicted on so many people. Our work in detention soon started discovering case after case of men holding no document at all about their detention status. No Detention Order issued on the basis of the Directive’s detention grounds, no document signed by the Superintendent for Public Health, no Removal Order. Nothing. In habeas corpus proceedings we brought for one of these cases, the Court was told, quite openly, that our client was not being detained but merely placed in the detention centre pending the availability of space in one of the open reception centres. Our client was released, but only because he was doubly fortunate: to manage to get his name on our long ‘Detention Clients’ list, and then to be included on the list of around five clients we are able to see during our weekly detention visits. Hundreds of others sit around waiting for the day they will also be fortunate enough to talk to a lawyer.

Cooped up with these stories of misery, are other groups of men detained pending their removal. Some arrived way back in 2018 and 2019. Whilst illegally detained under the same health or ‘no space’ regime, their asylum applications were rejected or rushed through a seriously flawed accelerated procedure that denies any form of appeal. They were then immediately presented with a Return Decision and Removal Order, detention being their automatic consequence. They have been waiting to be returned for months, and it is not clear whether the return will happen by the end of 2020.

Yet of course, whilst detention regimes are never pretty sights, illegal detention regimes usually operate in total filth. Malta’s detention centres are packed with desperate men living in conditions so appalling that no adjectives can come close to describing them. Every week we are faced with accounts of suicide attempts, self-harm, bullying and harassment. When these experiences are recounted by hopeless children who are too scared to sleep at night, our strength falters and, for a brief moment, we lose our composure.

Malta has repeatedly told the European Union that it does not needs funds to help it deal with the situation. That the Maltese understanding of solidarity essentially and unequivocally translates to relocation. Yet it simultaneously refuses to create more accommodation space for asylum-seekers in the form of open reception centres, schemes supporting private accommodation, rental projects, hotel take-overs or any other form. Whilst we fully endorse Malta’s request for increased solidarity, we cannot accept the duplicity that created and feeds the illegalities we witness every week. We find the EU Commission’s silence equally reprehensible.

So yes, Malta’s detention regime makes perfect sense. Where else to accommodate asylum-seekers when the open reception centres built years ago, even then way below the needed capacity, are constantly packed?