One year after Calais camp dismantlement: 70 per cent of its asylum seekers confirmed in need for protection 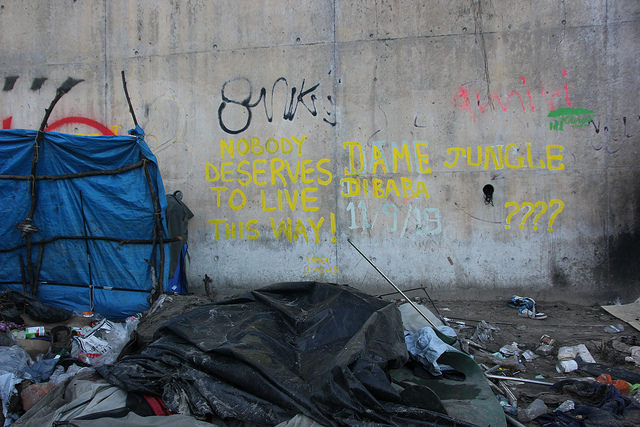 One year after the dismantlement of the Calais camp the French Office for the Protection of Refugees and Stateless Persons (OFPRA) noted that nearly 15,000 persons transferred out of the Calais camp over the past two years have had their asylum applications examined, within a time limit of three months. 70% were granted international protection at first instance, while some have pending cases before the National Court of Asylum (CNDA).

While the protection need of the inhabitants of the so-called “jungle” in Calais has been debated prior to its dismantling one year ago, it is now established that the large majority were in fact entitled to protection. At the same time, a recent report from UNHCR cast new light on operation of Reception and Orientation Centres (CAO) and Reception and Orientation Centres for Unaccompanied Children (CAOMI) set up to accommodate individuals against the backdrop of dismantlement operations in Calais.

Based on visits to 48 such centres, UNHCR makes an overall positive assessment of the establishment of CAO as an efficient framework to allow people to register an asylum claim. UNHCR nevertheless stresses the need for more clarity and legal and financial certainty on the operation of the CAO and their role within the complex reception framework of the country. It also refers to the issue of access to services and cites CAO such as those in Decize or Dreux, established in urban centres, as good examples which enable residents to benefit from services and greater autonomy.

When it comes to the situation of 1,693 unaccompanied children accommodated from Calais and Grande-Synthe, UNHCR recalled that the evacuation was carried out in a climate of “great confusion”, as children were transferred to CAOMI without any information on destination or possible solutions. Transfers to the UK also operated in opacity, without clear information on the criteria applied by the British authorities. While the report refers to a total 850 children accepted by the UK so far, recent written statements in the UK House of Commons reiterate the Home Office position that “it is vital that children claim asylum in France; that is the fastest route to safety.”

For its part, the French Ministry of Interior has published an assessment of police and security operations in the area of Calais. The Ministry highlights the “particularly difficult context” in which police forces operate and commits to maintaining controls at the border and to preventing the re-establishment of makeshift camps. It also refutes cases of police abuse reported by Human Rights Watch last summer.