NO TIME TO WASTE: NGOS CALL UPON EU INSTITUTIONS AND MEMBER STATES TO EXPAND THE USE OF SAFE AND LEGAL CHANNELS FOR REFUGEES 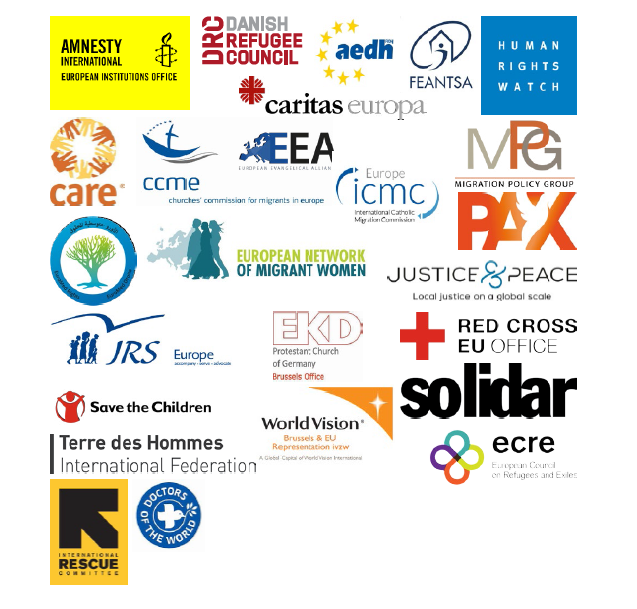 The increasing number of people in need of international protection perishing on their way to safety is a sinister reminder of the limitations of the current international protection regime. Entitlements to the rights recognised by international and regional protection systems, including under the EU’s Common European Asylum System (CEAS), are accessible only to those who manage to reach the physical borders of the host state. Left without any accessible legal alternatives and confronted with ever stricter border controls reaching far beyond European territory, those in need of international protection are forced to resort to irregular ways to access it. The absence of legal channels for refugees to come to Europe has led to a boom of smuggling in human beings and is exposing refugees and migrants to abuse and exploitation. This is illustrated by the increasing number of migration-related deaths and disappearances at sea. According to the latest UNHCR and IOM statistics, more than 5,000 persons were reported dead or missing in the Mediterranean alone in
2016, thus remaining the deadliest migratory sea route worldwide in 2016.

In the New York Declaration for Refugees and Migrants, adopted by the UN General Assembly in September 2016, the international community has acknowledged the need to address the root causes of armed conflict, persecution and violence. Beyond reaffirming their adherence to the 1951 Refugee Convention and the principle of non-refoulement, States have explicitly committed to expand the number and range of legal pathways available for refugees to be admitted to or resettled in third countries.

EU Member States have at their disposal a toolbox of safe and legal routes to protection. Among the tools are resettlement and humanitarian admission programmes, humanitarian visas, community and private sponsorships, as well as more effective and extended family reunification procedures and opening labour migration, education exchange and scholarship programmes to refugees.

The issuance of humanitarian visas in individual cases allows persons to travel in a legal and safe manner to the territory of a Member State for the purpose of making an application for international protection. Humanitarian visas are underused in Member States and should be further supported and promoted, including at EU level.

The ongoing reform of the EU Visa Code is a unique opportunity to further strengthen the EU legal framework in this regard. Current Article 25 EU Visa Code concerns the issuance of visas with limited territorial validity. According to this provision Member States shall issue such visa exceptionally, when they consider it necessary, inter alia to comply with international obligations, to derogate from the entry conditions in the Schengen Borders Code.

Currently, Article 25 EU Visa Code is subject to a request for a preliminary ruling by the Court of Justice of the European Union (CJEU) inter alia with respect to the scope of “international obligations”. Research has revealed that a number of Member States have already used Article 25 EU Visa Code as a legal basis to issue visas with limited territorial validity including for international protection reasons. A most notable recent example is the case of a group of Syrians belonging to a Christian minority in Aleppo at risk of persecution who were issued visas with limited territorial validity by the Belgian authorities through the embassy in Beirut. Other EU Member States such as Italy, France, Germany and Malta have also issued such visas on an ad hoc basis to persons in need of international protection to enter their territory for the purpose of submitting an asylum request. Italy also provides humanitarian visas in an agreed number of cases referred and sponsored by churches.

The current negotiations on the Visa Code recast are an opportunity to further strengthen Article 25 EU Visa Code in order to expand its use across the EU. We thus urge the Council and the European Parliament to maximise the potential of the Article 25 beyond the current ad hoc approach and consolidate the provision as a legal basis for issuing visas with limited territorial validity for international protection reasons and other humanitarian reasons. The opportunity should be seized to provide for a more transparent and swift process, thus contributing to a higher degree of legal certainty for applicants and predictability for Member States. A truly European approach to the issuance of humanitarian visas on the basis of a clear legal framework in EU law, as suggested by the European Parliament, could take away many of the concerns Member States have with regard to the practical and legal feasibility. Pooling of resources through consular cooperation between EU Member States can significantly reduce costs and could make humanitarian visas accessible to higher numbers of persons in need of international protection.

At the same time, further steps must be taken to ensure that all other abovementioned safe and legal channels are used and become effectively available to a higher number of refugees. In this regard the Commission proposal for a Union Resettlement Framework presents another opportunity to offer credible legal alternatives to life-threatening journeys and show concrete solidarity with other regions in the world. While we welcome the idea of a resettlement framework at EU level, we reiterate that it should prioritise the most vulnerable refugees and that punitive elements should be removed from the proposal. We also strongly resist the use of resettlement as a bargaining tool to force countries to cooperate on migration control, readmission and preventing irregular migration and quid-pro-quo deals that exchange asylum seekers for refugees like interchangeable commodities. Moreover, the number of resettlement places offered by EU Member States still remains pitifully low compared
to global resettlement needs. European countries need to substantially increase their offers in order for Europe to make a meaningful contribution to global resettlement and durable solutions.

Finally, the expansion of safe and legal channels for refugees should not be used as a pretext to create legal barriers to accessing the protection system in Europe for persons arriving irregularly. Establishing safe and legal channels for refugees to access protection in Europe does not absolve States from their obligations to substantively examine asylum applications made on the territory or at their physical borders. As the world is witnessing the largest forced displacement crisis since World War II, the EU should not shift but rather share a greater part of international protection responsibilities with those countries hosting the vast majority of the world’s refugees.