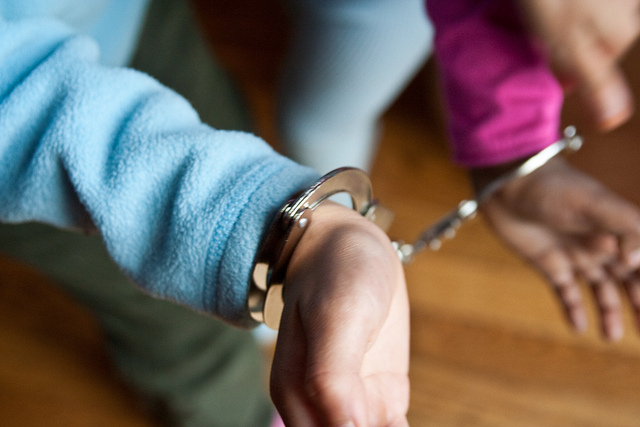 A report published by the independent inspectorate that monitors the treatment of detainees in England and Wales has detailed the troubling conduct of officials towards asylum seekers during a removal flight in January 2018.

The report from HMIP (Her Majesty’s Inspectorate of Prisons) describes how the asylum seekers that were being removed from the UK under the Dublin regulation were placed “unnecessarily” in waist restraint belts, with some being subjected to disrespectful language and disproportionate use of force from the escort staff. The staff, who outnumbered the asylum seekers by more than three to one, were employed by outsourcing company Capita, as part of its Tascor border and immigration services unit.

The report details how the briefing provided to the escort staff emphasised the potential for disruption from the detainees, and contained “dire warnings” which lead the staff to believe they were dealing with a high-risk group. However, notes on the detainees from Brook House detention centre stated that the detainees had no history of disruptive behavior and presented “minor or no risk to successful transfer”.

While some detainees resisted removal, the report describes how it was unclear if their failure to follow instructions was deliberate noncompliance or a failure to understand English, as no professional interpreters were present. Resistance was met with an “unprofessional approach” from staff, who resorted to force and pain compliance ‘too quickly, without sufficient de-escalation’ and with ‘much shouting at [the detainees]’. The treatment of the sole female detainee, who had been identified as an adult at risk and had been through suicide prevention measures, was also highlighted as concerning. She was forced to use the toilet with the door open on the flight, and was not met by any female staff from the Austrian immigration authorities or police in Vienna, where she arrived still wearing pajamas and slippers under her coat.

A Home Office spokesman said: “The dignity and welfare of all those in our care is of the utmost importance and we are taking the concerns raised by the inspector in this troubling report extremely seriously.” The contract is due to be taken over this month by Mitie, another outsourcing giant. The Home Office claimed to be “working with Mitie to ensure that sufficient focus is placed on welfare considerations.”

The report comes in the same week that the UN’s special rapporteur on contemporary forms of racism, E Tendayi Achiume, criticised the UK government’s ‘hostile environment’ policy towards migrants, and the policy’s “disproportionate” effect on the UK’s ethnic minority communities. In a statement following her visit to the UK, Achiume also expressed concern that the anti-migrant, anti-foreigner rhetoric, developed around the campaign in favour of Brexit, had become widespread in society, adding that a hateful and stigmatising discourse had become “normalised” even amongst some high-ranking officials. Conservative MP Ian Duncan Smith dismissed the special rapporteur’s claims, calling the visit “completely pointless.”