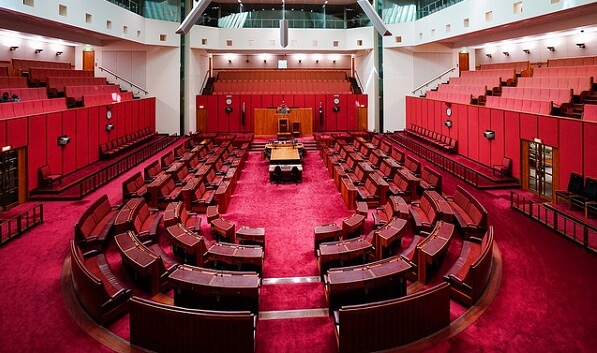 Pressure is mounting on the Australian government to remove the refugees currently detained on the offshore processing centre on Nauru, following statements from the Australian Medical Association and the United Nations on the urgency of the conditions on the Island. As the threat of a hung parliament looms following the Liberal party’s recent loss of their Wentworth seat, parties’ are struggling to find a bipartisan solution to the crisis.

Australian Prime Minister Scott Morrison is facing increasing parliamentary pressure, including on behalf of MPs from within his own party, which has intensified since the loss of the Wentworth byelection. Morrison is considering the prospect of at least 150 people from Nauru being resettled in New Zealand, but states that he is doing so only on the condition that the government secure the passage of legislation that will ensure there is no “backdoor entry” to Australia. This could mean the implementation of legislation shelved in 2016 that would impose a life time ban on asylum seekers who arrive to Australia by boat.

Australian shadow immigration minister, Shayne Neumann, has said that he is prepared to countenance the “lifetime ban bill” in order to break the current political deadlock and to get children and their families removed from Nauru. However, he proposed further conditions to the lifetime ban, including the guarantee of acceptance of New Zealand’s longstanding offer to resettle asylum seekers, as well as assurances that the ban “is only applicable to the cohort transferred to New Zealand”. Meanwhile Richard Di Natale of the Green Party said they “will consider the New Zealand option” provided vulnerable children and their families come to Australia for medical assessment now.

However, the dead lock continues, as Scott Morrison has shot down Labor’s amendments, declaring “you don’t horse-trade on border protection”. Meanwhile, although New Zealand’s offer to resettle 150 refugees still stands, the deputy Prime Minister Winston Peters has expressed concerns that the legislation, which implies the creation of 2 tiers of New Zealand citizenship, could erode the rights of all New Zealander’s to emigrate. He asks; “Could it possibly be that this secondary standard actually gets imputed, in time by Australia, to every New Zealander?”

Greens senator Nick McKim said “The travel ban legislation has always been a political position of the LNP rather than a practical necessity”.

Almost 6000 doctors have now signed a letter urging Australian Prime Minister Scott Morrison to remove the 80 children and their families detained at the Nauru offshore processing centre. Australian Medical Association paediatric representative Dr Paul Bauert described the situation as “a humanitarian emergency requiring urgent intervention”, as a result of a “deliberate government policy which is causing the pain and suffering of these children”. Last week the most senior medical professional working on the island was arrested and deported from the processing centre. Previously Médecins Sans Frontières, delivering psychological and psychiatric services, was also forced to discontinue their work.