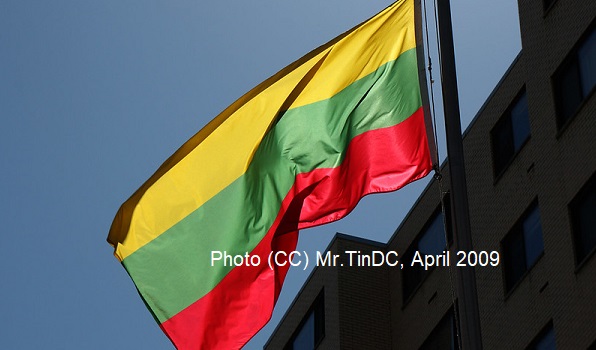 The Lithuanian government has announced its intent to enable the indefinite detention of asylum seekers, following legal changes made in August that ran contrary EU and international law. Employees of asylum authorities say they have been pressed to conduct sham interviews and coerce applicants into voluntary return. While the Lithuanian government continues to demand EU action in response to the “weaponization” of migrants at the border, humanitarian groups have focused on providing assistance to the recent arrivals.

Amendments to Lithuanian asylum law were made during an extraordinary parliamentary session in July after the number of people crossing the Lithuania-Belarus border – the frontier that marks the eastern edge of the EU – increased more than thirty-fold on previous years. In mid-August, 4,110 people had been detained at the border, more than 2,882 of whom were detained in July alone. 2,787 of those detained were Iraqi nationals. The legal amendments that followed introduced significant changes to the asylum system that ECRE’s analysis found to contravene Lithuania’s obligations under international and EU law. In particular, these changes were said to limit access to asylum procedures, give rise to automatic detention of applicants, and restrict appeal rights.

When the legal amendments were made, Lithuania’s parliament set a detention period of six months for irregularly arriving persons, to be extended by a court for up to two years, during any declared “state of emergency”. On 15 September, the Deputy Interior Minister Arnoldas Abramavičius said that if Lithuania does not grant asylum to a person but is unable to deport them, they must be issued with a temporary residence permit. The proposed change, which is yet to be put before civil society and other institutions, is an attempt to avoid this situation. “A narrative might be created that [if you] just wait for six months and then you will be able to move freely. […] we are declaring that Lithuania will never be an illegal migration route,” said another member of the government. The UN refugee agency however is unequivocal on the dangers of expanded detention: regarding the amendments made in August, UNHCR said “detention of asylum-seekers should not be used by default or mandatorily for all arrivals, but rather remain the exception”.

The government also announced that Iraq was refusing to enter into discussions about the forced return of nationals. Other proposals considered by the government include the creation of a “illegal migrant” status that would prevent foreign nationals from leaving Lithuania.

Government employees processing asylum applications report being tasked with “coercing” migrants into agreeing to voluntary returns, raising questions about the fairness of the country’s asylum system. Lithuanian authorities face an unprecedented situation of more than 4,100 people requiring processing after the large-scale border crossings in July and August. “The main goal is to get rid of them,” an employee told the Lithuanian national broadcaster. “We had at most a minute or two […] to ask why they are in Lithuania”. After a 20-minute interview, workers had to decide quickly whether to register the person as an “illegal” or an “asylum seeker”, a decision that would determine their future protection claim. The message repeated to asylum seekers is that they must leave, either voluntarily or by force. Employees say they are offered better living conditions if they agreed to return, and threatened with a five or ten-year ban from the EU if they refused. These allegations match the rhetoric of Lithuanian Foreign Minister Gabrielius Landsbergis, who in a Facebook post told migrants that “virtually no-one of you will receive an asylum” and that they will be forced to return home. In mid-August, none of the 200 processed applications of people entering from Belarus had been approved.

The Lithuanian government’s response to the arrivals has been largely based around rhetoric about a border crisis provoked by the Belarusian regime. On 16 September, Lithuania’s President Gitanas Nauseda reiterated his claims that the authoritarian Belarussian leader Alexander Lukashenko was bringing refugees to the border in a plot to destabilise Europe. He demanded a stronger response from the EU, though Ursula von der Leyen, President of the Commission, praised the “quick European reaction” to the border situation in her State of the Union address. The director of the Migration Policy Institute, Hanne Beirens, meanwhile emphasised that an “emergency” could not be used to undermine basic human rights standards and that Lithuanian back-tracking on international protection set a “disconcerting” precedent.

Meanwhile, NGOs, responded in support with charities mobilising to ensure detained people have clothing, bedding, and footwear. Local organisations said the authorities only provided rough numbers of people needing clothes, without providing sizes or other details, which made the task difficult. They reported that people live in tents, often without access to hygiene supplies. Aid groups however were positively surprised by the generosity of the local community and their willingness to aid the four thousand people stuck in camps.