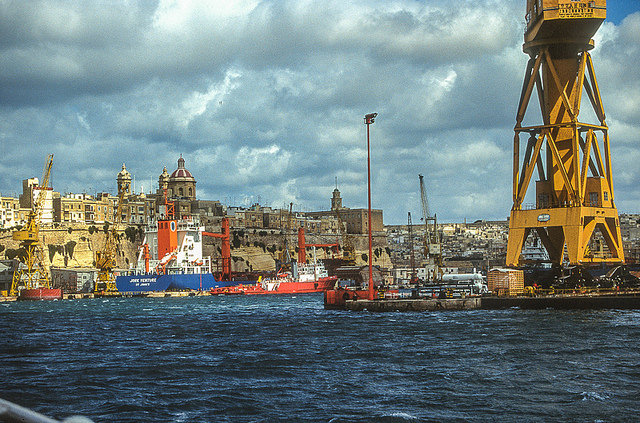 The Lifeline rescue boat, carrying 230 people was granted permission on Wednesday to dock in Maltese shores, after spending six days at sea while European States debated its fate. Malta finally agreed to receive the boat following a commitment from Malta, France, Ireland, Italy, Portugal, Luxembourg, Norway, the Netherlands and Belgium to share the responsibility for the migrants aboard accepting 15 to 25 people each.

The rescue ship belonging to the German NGO Mission Lifeline, had rescued 230 people at sea last Thursday, including a number of children and pregnant women. The boat was left stranded in the Mediterranean while European States entered into a diplomatic standoff over where it should be allowed to dock, echoing a similar impasse with rescue boat Aquarius last week. The ship’s team had tweeted that conditions were worsening on board, and that one passenger had to be evacuated because of a medical emergency.

French President Emmanuel Macron has confirmed that France will accept some of the migrants, but strongly condemned the actions of the Lifeline, stating that NGOs such as these “play into the hands of people smugglers”. The vessel has now been impounded at the port, and Maltese Prime Minister Joseph Muscat has ordered an investigation into the conduct of the Lifeline’s captain, claiming he broke international maritime law. The captain has been accused of defying Italian orders in rescuing people at sea, instead of leaving it to the Libyan authorities. Italy’s Interior Minister Matteo Salvini praised the decision, attributing the outcome of the situation to his policy of turning away rescue ships from Italian ports.

ECRE board member and Director of Aditus Foundation Neil Falzon spoke about the situation. “What we believe should happen is for Italy and Malta to sit down, discuss and agree on search and rescue (SAR) operational rules. Both countries work under different legal regimes when it comes to search and rescue, and they’re free to do so. However, because of this lack of agreement, which they are both aware of, these incidents will continue to happen.”

UN High Commissioner for Refugees Filippo Grandi commented, “In the past 10 days we have had vessels on the Mediterranean Sea carrying rescued refugees and other migrants and unable to dock because of political deadlock in Europe. Upholding the right to asylum in EU Member States is absolutely crucial. Denying rescue, or shifting responsibility for asylum elsewhere is completely unacceptable. We need countries to come together and chart a new way forward.”