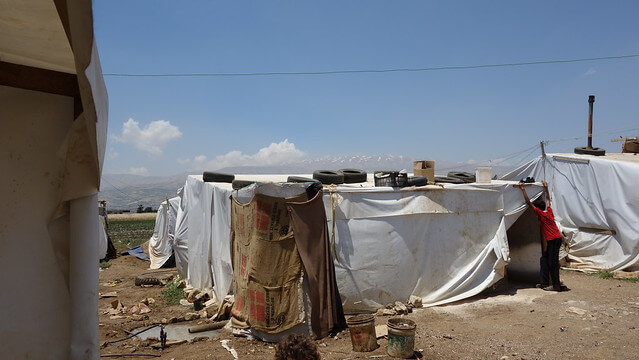 Human Rights Watch (HRW) reports that the General Directory of General Security (GDGS) has deported 2,731 Syrian Refugees from Lebanon to Syria between May 21 and August 28. In May GDGS, based on an instruction from the Higher Defense Council, decided to return all Syrian refugees arriving irregularly after April 24 without prior assessment of their protection needs. According to HRW at least three Syrians have been arrested after being handed over to authorities in Syria.

The alleged arrest of at least three deported Syrians upon arrival in Syria follows warnings by human rights and civil society organisations. A position paper from Lebanese civil society organisations challenged the decision by GDGS to return Syrian refugees without accessing their protection needs and to hand them over directly to Syrian authorities: “…[S]uch deportations would occur without any judicial investigation to ascertain that the lives and freedom of the Syrian nationals are not in any danger in Syria. Most concerning is the fact that this decision, unlike the previous policy and practices, stipulates handing the deported Syrian nationals directly to the Syrian authorities, at which point they will likely be subjected to danger according to any objective observer.”

Amnesty International have recently warned of the lack of access to conduct international monitoring inside Syria: “As long as independent monitoring bodies are not allowed access to Syria – including the UN Commission of Inquiry on Syria – in order to assess the security situation for the safe return of refugees, there is no way of determining whether returnees would be at real risk of serious human rights violations once back in Syria.”

The pressure to return Syrian refugees from Lebanon has been increasing over the summer with demolitions of refugee settlements and crackdowns on people working without permission. Lebanese officials including Foreign Minister Gebran Bassil have expressed increasing frustration with the international community for letting Lebanon with the highest number of refugees per capita in the world take a disproportionate responsibility for Syrian refugees.

According to the UN Refugee Agency (UNHCR) Lebanon was hosting 926,717 registered refugees from Syria as of July 31, 2019.