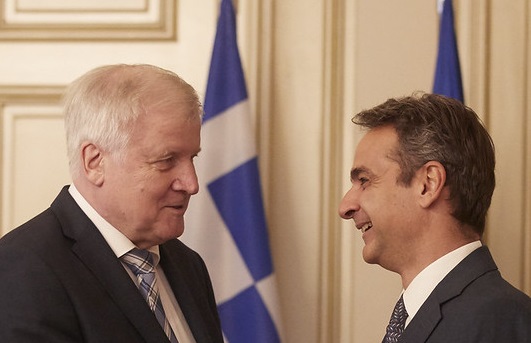 A German non-paper on a reform of the common European asylum system proposes a new distribution mechanism for asylum seekers in the EU and the processing of asylum application in transit centres at the external EU borders. German ECRE member Pro Asyl warns of detrimental implications for the rights of people seeking asylum.

The benchmark document by the German Ministry for the Interior has been distributed to member states as a basis for discussion ahead of Germany’s presidency of the council of the EU starting in July 2020 and was presented at the Justice and Home Affairs Council (JHA) meeting of EU interior ministers this week.

The document proposes a filtering out of asylum applications at the EU external borders. People from countries with high protection rates would undergo basic checks. If they pass, the future European Asylum Support Agency would then decide which country will be responsible for the processing of the asylum application according to a distribution mechanisms taking into account GDP and population size. Applications from countries with low protection rates would be subject to an accelerated ‘border procedure’. Those considered inadmissible or manifestly unfounded as well as those providing false data and those who travelled through ‘safe third countries’ would not be granted entry to the EU and immediately rejected. The non-paper also suggests that, where necessary, freedom will be restricted to make sure everyone undergoes the preliminary checks at the external border.

Pro Asyl warns that the accelerated procedures come with limited legal assistance and short deadlines for appeal and thus carry a high risk of returning people in need of protection to dangerous situations. Moreover, the proposal would entail establishing transit centres on EU soil, which are considered extraterritorial. Measures restricting freedom in these centres is likely to lead to large-scale detention. Pro Asyl is also concerned that excessive reliance on the “safe third country” principle, as predated in the EU-Turkey statement, could lead to people being sent back to countries where they do not obtain the adequate level of protection.

Ahead of the JHA meeting the Finnish Council Presidency had published a report summarising the outcome of previous discussions on a “Way forward for EU migration and asylum policy” including a “Whole-of-government” and “whole-of-Route” approach. Also, Greece submitted a non-paper for discussion proposing a European mechanism for the return of rejected asylum seekers.