Italy: Mayor Banned and Hundreds of Migrants to be Removed from ‘Model Town’ of Riace 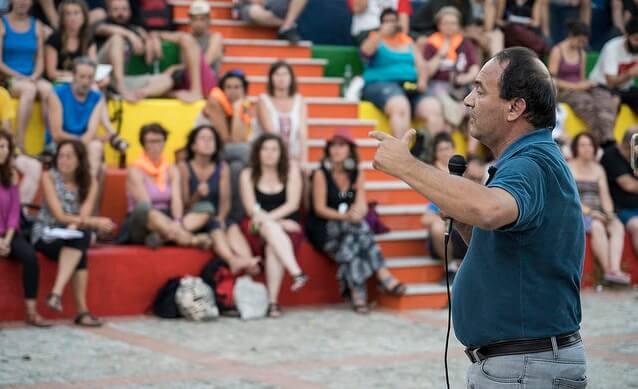 The Italian Minister of Interior and Deputy Prime Minister Matteo Salvini’s decision to order the removal of hundreds of migrants from the Calabrian village of Riace, recognised internationally as a model example of positive integration, has been met with protests. Mayor of Riace, Domenico Lucano who was placed under house arrest on October 1 is now banned from the town.

Lucano was placed under house arrest on accusations of mismanagement of public funds – a charge for which prosecutors reportedly found no evidence. Additionally he is charged with facilitating “marriages of convenience” on behalf of rejected asylum seekers to obtain visas, a charge based on wiretaps of phone conversations between the Mayor and at least one migrant woman, as well as favouring co-operatives with ties to migrants on public tenders for rubbish management contracts. On October 9 a resolution from the Italian Interior Ministry under Salvini ordered the closure of all projects supporting migration and the transfer of migrants from Riace to reception centres, and banned Lucano by court order from the town that elected him.

The decision has been met with protest from the political opposition, civil society and local politicians. Vice-president of the Association for Juridical Studies on Immigration, Gianfranco Schiavone stated: “I hope that this decision does not hide the goal of erasing an extremely positive reception experience, whose recognition and appreciation is widely recognised at the international level. Salvini defended the decision saying: “We cannot tolerate irregularities in the use of public money, even under the excuse of spending it for migrants.”

This week Salvini was forced to withdraw his support for a controversial policy introduced by Sara Casanova, mayor the city of Lodi in Lombardy and representative of his League party, which proposed to exclude migrant children from school canteens. The policy was meet with outrage and a crowd funding campaign raised more than €60.000 in support for migrant children affected.