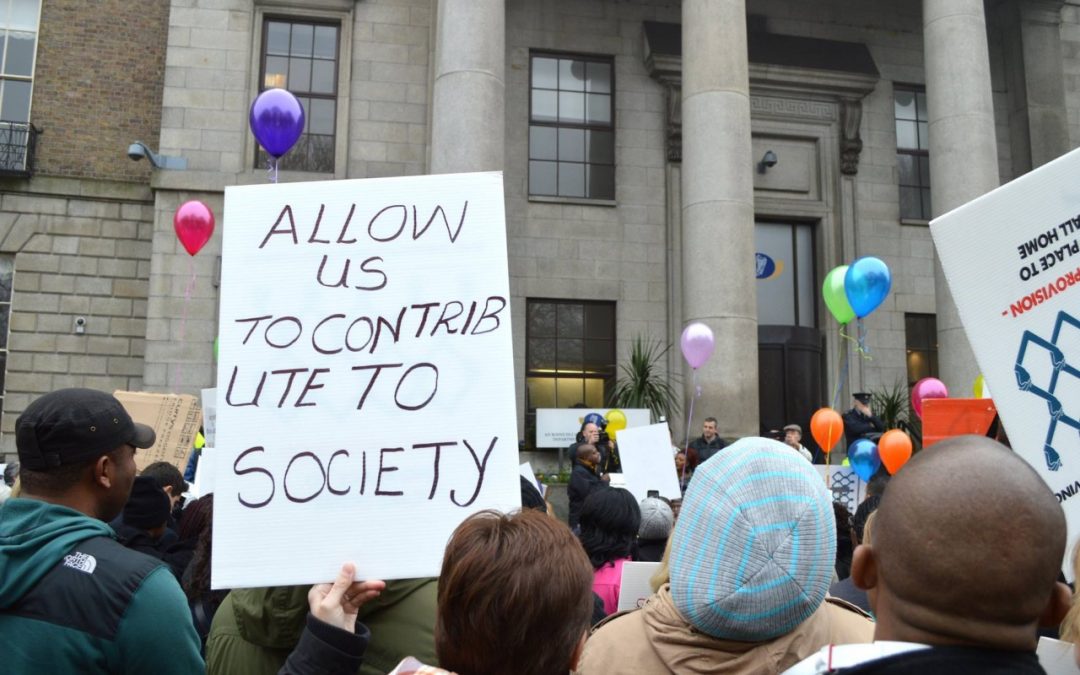 On 30 May 2017, the Irish Supreme Court delivered a landmark decision in case N.V.H. v. Minister for Justice and Equality and declared the absolute prohibition on seeking of employment for asylum seekers unconstitutional.

The case concerned a Burmese national who arrived in Ireland in 2008 and had his asylum application refused in different instances. He has been living in Direct Provision (living in State provided accommodation and receiving a weekly allowance of 19.10 €) since then. In 2013, he was offered employment in the facility where he was staying but had his permission to take employment refused on the basis of a national provision which prohibits asylum seekers to apply for or enter employment before a final determination of their asylum application.

The applicant had challenged this decision before the High Court and the Court of Appeal without success. However, the Supreme Court reached a different conclusion. First, it framed the constitutional guarantee of the right to work in the Irish Constitution as the “freedom to seek work”, which implied the negative obligation not to prevent a person from seeking or obtaining employment without substantial justification. It also relied upon the General Comment No. 18 on the Right to Work of the UN Committee on Economic, Social and Cultural Rights in finding that the right to work “forms an inseparable and inherent part of human dignity”.

The Supreme Court acknowledged that significant distinction between nationals and third country nationals in the field of employment are justified, but this should not lead to an absolute prohibition on the constitutional right to seek employment. It concluded that in circumstances where there is no temporal limit on the asylum process the absolute prohibition for asylum seekers to seek employment is contrary to the constitutional right to work.

This decision is a welcome first step but it does not mean that people in the asylum process can work in Ireland from now on. The Supreme Court has left it up to the government and the parliament to take steps to change the law in order to reflect the decision. The Irish government has six months to address the situation.

ECRE’s Member, the Irish Refugee Council, welcomed the long-waited decision, which has ”the potential to positively affect over 3500 men, women and young people currently living in Direct Provision”.