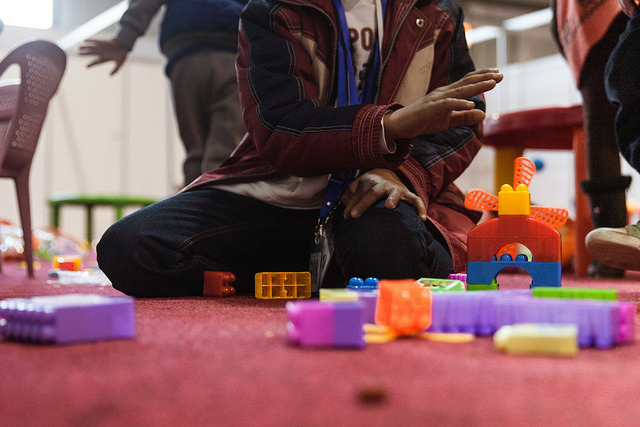 Ireland has launched a new call for applications to reunite refugees with family members residing overseas. Up to 530 people will be granted the right to move to Ireland, under the Humanitarian Admission Programme II.

Officially announced on Saturday by Ministers Charlie Flanagan and David Stanton, the Humanitarian Admission Programme II gives Irish citizens, persons with Convention refugee status, subsidiary protection status, and programme refugee status the opportunity to submit an application on behalf of a family member overseas to join them in Ireland.  Eligible beneficiaries include parents, grandparents, adult children or vulnerable family members for whom the applicant is the primary care giver.

The Programme will favour applications where the proposer can demonstrate they have the financial means to support their family members upon arrival. Priority will be given in particular to those who are in a position to provide accommodation to potential beneficiaries, an important political provision given pressures on housing supplies across Ireland. However, once granted approval, the beneficiary will be entitled to status in their own right, independent of their family member.

It is the second such scheme in recent years which has facilitated family reunification programmes in Ireland. The first Humanitarian Admission Programme ran in 2014 and brought 111 Syrians to Ireland to join family members.

The Programme will be run by the Department of Justice, with the assistance of UNHCR in a third country.  Plans are also in progress to launch a community sponsorship scheme, which would allow for Irish groups to directly support refugees and play an active role in welcoming them to the community.

Minister of State for Equality, Immigration and Integration David Stanton states, “The Programme reaffirms the Government’s commitment and ability to respond positively to humanitarian crises. This is important for their long-term integration and sense of belonging in our communities.”

The Irish Refugee Council has commented, “We welcome this initiative. It expands and develops on a previous humanitarian admission programme by opening it up to 10 nationalities. It also recognises wider family members than those deemed eligible for family reunification in existing law (the International Protection Act 2015). However, against the backdrop of a wider housing crisis that is particularly challenging for refugees, prioritising applications which provide housing is very likely to be problematic. We also recommend that a scheme like this be placed on a statutory footing, not a short term process that is limited to 530 places. To this end, we hope to see the enactment of the Family Reunification Bill as soon as possible.”