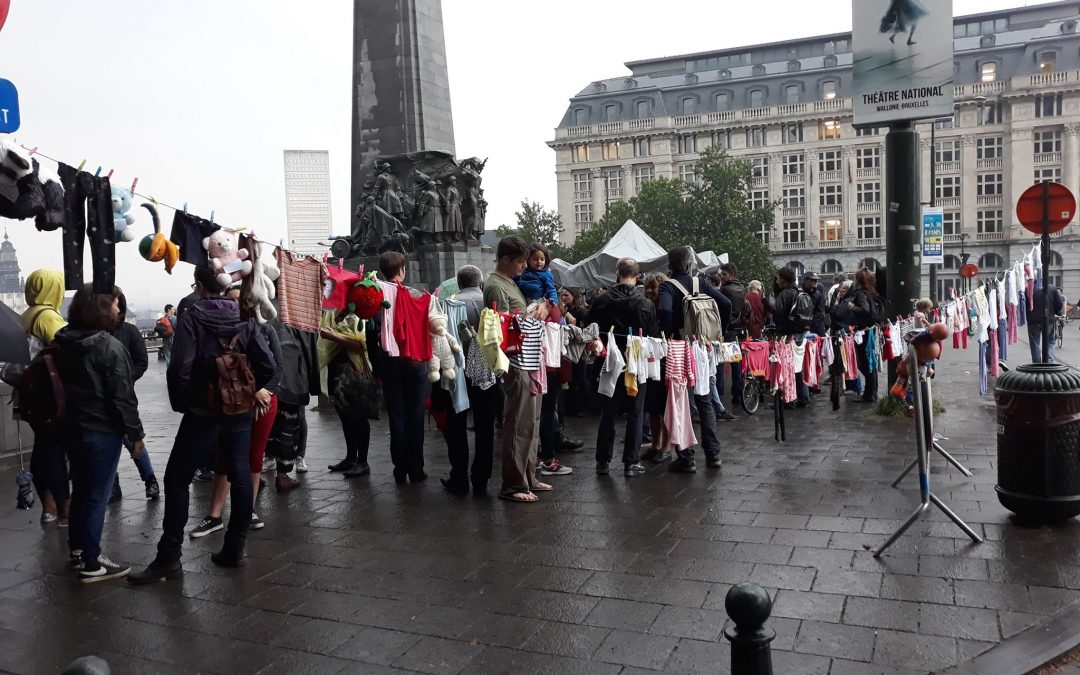 Belgian Prime Minister Charles Michel promised a full investigation when meeting with the parents of a two-year toddler of Iraqi-Kurdish background who was shot dead during a car chase where Belgian police intercepted a van carrying 30 migrants and allegedly driven by human smugglers. The tragic incident has caused protests in Belgium and France.

After initial speculations of the cause of the skull fracture killing the two-year old toddler, spokesman for the Tournai prosecutor’s office, Frédéric Bariseau has stated that the autopsy confirms that the cause of death was a bullet entering through the cheek. The bullet was fired in the context of a police chase on E42 between Namur and Mons of a van carrying 30 people of migrant background including the toddler, her three year-old brother and her parents. This was reportedly followed by a 45 minute stand-off with police surrounding the vehicle. Bariseau confirmed that the Police are conducting an internal investigation: “To determine whether there were other shots, and from which police officer if it was a police officer, or someone in the van who could have been armed.”

The tragic incident has sparked strong reactions and the co-leader of the Green Party (Groen) in Belgium. Zakia Khattabi, representing the opposition to the government, saw it as a result of repressive migration policies and while extending sympathy to the family also stated: “But after emotion comes anger. We demand that the spotlight is put on this case and that political responsibilities are taken.”

20 people were detained after families and children of Kurdish background in Grande-Synthe formed a human chain across highway A16 stopping traffic for 30 minutes;protesting the death of the toddler who’s family had been a part of their community. According to a statement from the Women and Children’s Centre in Dunkirk: “The community around are shell-shocked and reeling. Both those who knew Mawda well and those who did not are traumatised and angered.” The gymnasium where 411 people had been staying, including Mawda’s family, was evicted by French police on Thursday.

The Semira Adamu Council organised protests in front of Palais de Justice in Brussels on May 23 where hundreds of people hanged children’s clothes across the square to mark their anger. The event following two earlier protests in Brussels and Liège.