Interview: With the London Based Refugee-led Organisation Bees & Refugees 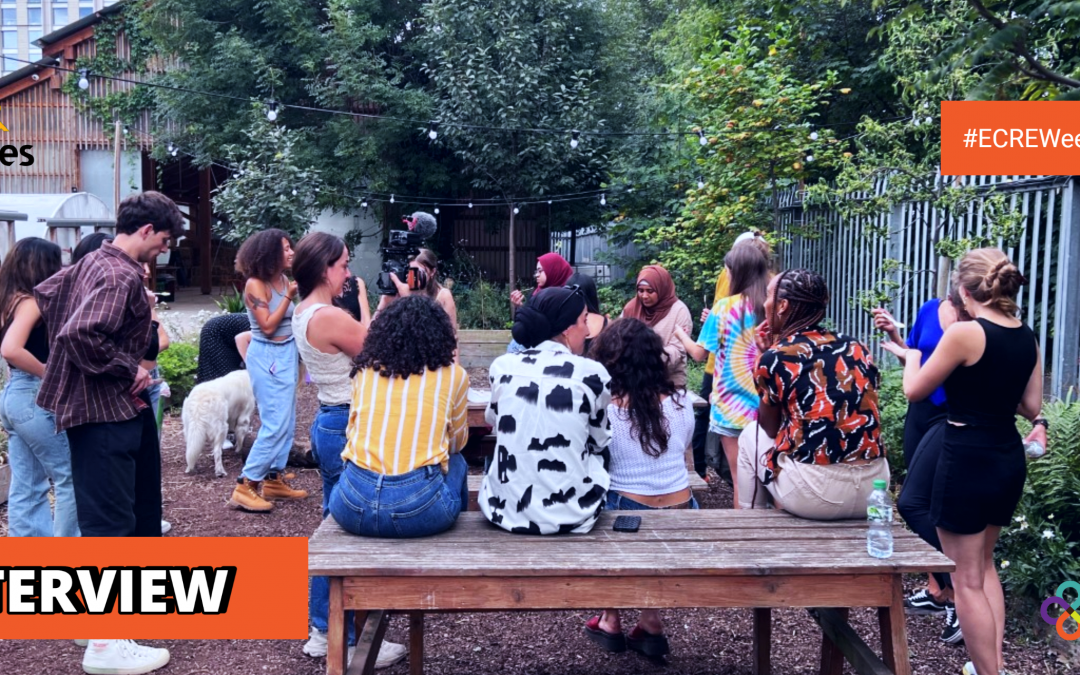 Ali Alzein, CEO and Founder of Bees & Refugees, is a Syrian activist living in London. He arrived in 2014 to escape the brutality and destruction caused by the Syrian government and was awarded asylum. In 2019, he quit his work in London’s fashion industry to pursue beekeeping as a therapeutic intervention for his mental health as well as other refugees and asylum seekers in the UK.

What are the main aims of your organisation?

Well, on the practical level, our overall mission is to use beekeeping as a form of therapeutic and integrative practice to help asylum seekers and refugees deal with the traumas they experienced when fleeing their home countries, facing the violent deterrence and prevention policies in the EU and UK borders as well as the daily struggle of harsh policies, hostile media and surviving on a minimum of support in the UK. At the same time, beekeeping is a lens through which one can understand the critical role of threatened species such as bees in the survival of our ecosystem, take part in the fight for its protection and take joy while doing so in an engaging way in a safe community – a space or a ‘home’ that too few asylum seekers and refugees have access to.

For many of the survivors with whom we work, environmental damage through the exploitation of land, its natural resources and respective communities, is a direct driving force of their plight. Often, these climate damages underlay or emphasize instability already exacerbating migration flows. In many ways, the same global frameworks and power dynamics responsible for climate disaster, a key driver of poverty, conflict, displacement and migration, are also responsible for hostile policies that aim to limit the movement of affected communities and their ability to seek safety and dignity. Take the UK for example with a colonial history, current neo-colonial financial policies and its position as a disproportionate contributor to the fossil fuel pollution that makes parts of the world uninhabitable – and a nation that at the same time turns its back on or actively punishes the people left with the consequences. Through that perspective, we are suggesting that there is a direct link between taking care of our planet, its bio-diversity and its endangered species as well as the marginalized people on it. To us, these are connected battles, and the migration-climate nexus is at the very heart of our work.

Could you tell us about your specific methods and give some examples of their potential in relation to the traumas faced by asylum seekers and refugees?

We work with the refugee community through local organisations and schools to offer beekeeping workshops and beekeeping support for refugees and asylum-seeking adults and families as well as unaccompanied children. This spring, for instance, we will be working with West London Refugees Welcome – an organisation offering legal counselling and a variety of other support – to include their clients and beneficiaries in our programmes. We also reach out to local schools to offer supplementary activities for student bodies inclusive of refugees because it is about creating space for therapy as well as community building. Beekeeping would normally be quite exclusive involving only people with a niche interest and the ability to finance what is an expensive pastime, but our projects offer access for people with a refugee background not only as a form of therapy and integrative practice, but also as vocational training for those interested in making it a career. At the same time, it represents a meaningful connection to the land and the community – something that is often of crucial importance to refugees originating from outside of Europe, and that is not often found in the places where they are forced to rebuild their lives.

Bees are incredibly sensitive and receptive animals. When you are frightened, upset and carrying immense stress in your body that comes from PTSD and other forms of trauma experienced by refugees and asylum seekers then bees will respond to that. It’s an almost cosmic experience of interdependence – if you drop a frame of bees, they will get hurt and they will likely sting you back but if you care for them they represent one of the keys to the bio-diversity that allows us to live. To hold thousands of little organisms in your hand is calming and it gives clarity and a closeness to nature that allows you to relax and gain a sense of dignity despite horrible experiences of the past or the present. By doing so, we are creating a space to experience a connection and unity bigger than the borders and the asylum policies that forcefully separate us. The connection brings us closer to every human and not only to those in the same situation.

First of all, I would have to say funding. We are not a traditional environmental charity aiming for the popular or appealing messaging.  Instead, we are refugee-led and our resistance to current policies can, of course, be controversial for some and we do have hostile reactions. Accordingly, we have to look beyond traditional donors and that is fine since we value our independence. So, we try to find resources through crowd-funding, selling the products that we offer and other direct channels.

At the moment, we can only support two staff positions and that leaves us with a substantial amount of work but, luckily, we can rely on an expanding and engaged network of volunteers allowing us to expand our programmes.

European and British asylum policies are based on deterrence or prevention of arrivals – where will that leave the people displaced in an escalating climate crisis?

European and other ‘developed countries’ are overwhelmingly contributing to global warming while the poorest and most unstable regions of the world are left with the consequences. And these brutal border regimes prevent climate crisis’ victims from accessing protection. These policies are reflected in the externalization schemes like Rwanda or support to abusive authorities in third countries like Libya, violent pushbacks along the Balkan route and Greece or the ever-growing fences and barbed wire across Europe represent both structural failures of human rights mechanisms as well as the humanitarian failure of international powers to value and protect the rights of people seeking safety and refuge. Cruel and hostile policies do absolutely nothing to prevent or deter people from seeking protection – but rather worsen the situation by forcing them to take extremely dangerous routes. We are seeing the consequences in the death toll on the Mediterranean and in the English Channel, including 27 people who died as the result of neither France nor the UK taking responsibility for their lives in November 2021.  This disaster only adds to the more than 25,000 lives lost in attempts to cross the Mediterranean since 2014. Unless we change narratives, policies and practices around migration and asylum, it is quite clear that this extremely brutal scenario will worsen in coming years as millions more people become displaced amid rising dangers related to the climate crisis, poverty and conflict.

To affect this trajectory at all, there must be fundamental changes to migration and asylum policies, as well as climate reparations for damages resulting from colonisation, neo-colonial policies, and the mass overproduction of greenhouse gas emissions by Global North countries. As an environmental justice organisation, we exist to drive this change. We are doing so by 1) concretely helping to treat the traumas left in people forced to flee and engage them in the protection of their local environment; 2) creating communities and spaces where this work can become sustainable and grow; and 3) raising our voice against the policies that are generating and increasing the environmental damage to our planet and brutalizing the people and organisms that are the victims of those policies. Bees & Refugees adamantly advocates for increased and accelerated resettlement and access to labour migration to provide safe pathways for migration. We also raise our voices to advance policies for justice, namely climate reparations such as those stipulated in COP conventions to foster climate resilience and prevent refugees from becoming refugees. If you don’t want refugees- don’t create them. That is our lens, that is our battle and that is our hope!