Interview: Window dressing –on the parliamentary vote in favor of a temporary halt to forced returns of a group of unaccompanied minors. 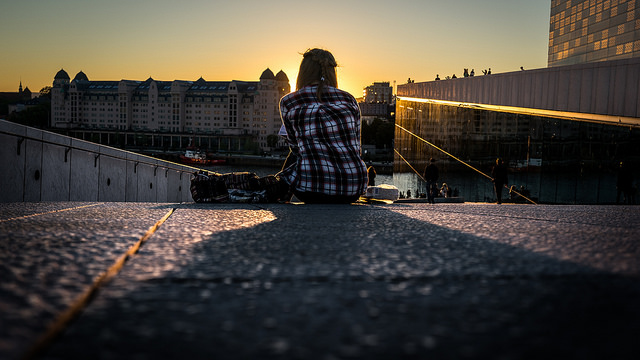 In a statement published earlier this month, NOAS comments a newly adopted bill suspending the forced return of specific groups of unaccompanied minors.  What is the bill about?

At the 14th of November 2017, the Norwegian parliament voted in favor of suspending forced returns of a group of young asylum seekers. The bill applies to young persons who arrived to Norway as unaccompanied minors and were granted temporary, non-renewable residence permits until the age of 18, after being denied refugee status because of the presumed existence of an internal flight alternative in their country of origin. They are now permitted to stay in Norway as long as the reassessment of their cases regarding accordance with the newly introduced “vulnerability criteria” is pending.

The bill defines the vulnerability criteria as follows: “a lack of caregivers, network and/or resources to establish oneself in the internal flight area shall be taken into account when considering whether unaccompanied minors should be granted  an ordinary residency permit in accordance with §38 in the Immigration Act”. This implies a new assessments of each individual case. If positive, the reassessment may result in granting a “regular” permit, which opens the possibility for a permanent residency in Norway, instead of the former issued temporary residence permit.

NOAS criticizes the bill for not going far enough and states that the procedure for unaccompanied minors is still not in line with the Refugee Convention. What are NOAS concerns and points of critique?

Norway’s treatment of refugee children is not in line with the UN Refugee Convention, and the bill does not change this. In October 2016, the reasonableness requirement in the consideration of an internal flight alternative was removed from Norwegian asylum law. As a consequence, children who should have been granted refugee status in accordance with the Refugee Convention are given a temporary permit on humanitarian grounds until they become 18 only. They are then expected to return to their country of origin, to the assessed internal flight alternative.

The bill does not re-consider the reasonableness requirement in the consideration of an internal flight alternative, but recognizes the difficulty youth will meet when trying to establish themselves in the area defined as internal flight alternative, where they lack crucial support of a network of family and friends.  Though this should be considered in connection with the reasonableness requirement and possibly lead to protection according to the refugee convention, according to the bill it will instead lead to a residency permit on humanitarian grounds. Particular protection and benefits connected to the status applicable for international protection are therefore not provided.

NOAS believes that the approved consideration of the  vulnerability criteria, which may result in a residence permit on humanitarian grounds is not sufficient and will put minors awarded this status in a less favorable legal position.  Refugee children should be recognized as such, and they should be given the rights that follows from the refugee status.

Furthermore, the proposed vulnerability criteria are very unclear, and it is questionable whether they will improve the treatment of asylum seeking children.

What does ‘temporary’ actually mean in terms of duration?

Could you give us some background information on the public and political discourse on the asylum procedure for unaccompanied minors in the Norway?

The increased use of non-renewable resident permits effected in uncertainty for the youth and influenced the conditions for integration to the worse.  Suicide attempts, self-harm and a large number of children disappearing from receptions centers are reported.

In the public debate, several actors have voiced their concern about the situation of the minors, amongst them representatives of reception centers, the Directorate of Immigration, the Ombudsman for Children, health professionals and NGOs like Save the Children and NOAS. In advance of the vote, there was a combination of increased focus in the public debate and political pressure from NGOs and other actors. In addition, members of parliament experienced pressure from local party groups to make a change in the treatment of the children.

Is there an alternative to this version of the bill? What are your recommendations?

In order to bring the treatment of asylum seeking children in line with the Refugee Convention, the reasonableness requirement in the consideration of the internal flight alternative has to be reinstated in Norwegian law.

ECRE Weekly would like to thank Mona Reigstad Dabour for taking the time.