Interview: The Media Representation of Refugees and Migrants in Europe 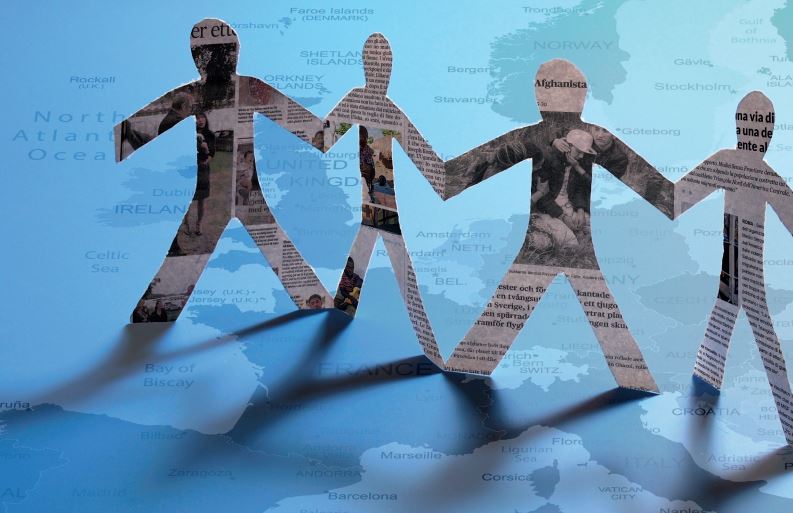 Since increasing numbers of arrivals of asylum seekers peaked in 2015 the media coverage has intensified. Based on your research presented in the ‘Refugees Reporting’ has the raise in quantity lead to a more thorough, multifaceted and reflected overall coverage?

It is important to underline the fact that our research revealed huge differences across the countries and media we analysed. I will respond with some general observations and invite people to read our report for a more thorough and detailed overview. But no, sadly we cannot identify a direct causality here – the increased attention from editors and raise in the number of journalists covering the topic and number of stories produced did not increase the quality of the coverage proportionately. Rather it is fair to say that the mobilisation of a larger number of journalists working at a fast pace with no prior experience or in-depth knowledge of the topic contributed to confusion of terminology and lack of accuracy some of the reporting. At the same time we cannot identify a general trend of a broader or more original coverage with new surprising angles or different perspectives. However, there is of course a lot of solid and original reporting done by individual media and journalists.

European media are often seen by civil society organisations as at least partly responsible for allowing the populist far-right to frame the debate on refugees, asylum seekers and migrants and contribute to a negative discourse – what did your research reveal about the objectivity and tone of the media coverage?

It was actually a surprise to us but we found little evidence to support such a notion. In fact when you look across the many samples we collected the majority is neutral or leaning towards a sympathetic approach to refugees, asylum seekers and migrants. While there are a few countries standing out, Italy with primarily negative tone and Serbia, with an exclusively neutral or positive tone the overall image is far less problematic than we expected. It is true that there is negatively framed or incorrect reporting out-there but based on our research the overwhelmingly negative role of media maybe more of a myth than a reality.  This leads us to believe that there is indeed potential common ground between civil society advocates and media.

Some journalists find it hard to cooperate with NGO’s who sometimes have a tendency to wanting to frame the stories rigidly without regard for the editorial demands that is the reality of the newsrooms. It is vital to find ways to cooperate across the different agendas and perspectives if reporting is to improve.

Has the intense focus on refugees, asylum seekers and migrants generated more focus on the individual voices of the people and personal stories behind these categories?

No, there is a very clear underrepresentation of individual voices of refugees, asylum seekers and migrants and when they are in fact included it is usually without any references to them as individuals. At the same time there is a huge gender gap with women practically invisible and gaps across different geographies – Syrians are relatively often quoted while Afghan’s are practically non-existent in the coverage.

This is also an area where a better cooperation between media and civil society organisations could potentially improve. Some journalists find it hard to cooperate with NGO’s who sometimes see themselves as gate-keepers protecting refugees rather than facilitating access for media. This is of course a delicate balance and it is important not to expose highly vulnerable people but at the same time refugees, asylum seekers and migrants should be able to represent themselves in the media rather than civil society organisations speaking on their behalf. This is an essential debate that we hope to provoke through our research.

Based on your findings what are your recommendations and how are you working to ensure they will be implemented by European media?

The main recommendation is increased contact and dialogue between media and civil society organisations – at the practical level it can happen through mutual trainings, debates and workshops and at our launch event on the release of this report we had a mix of journalists and civil society representatives on the debate panel as well as in the audience. It was extremely fruitful in terms of establishing contacts and enter a positive dialogue and challenge myth on both sides. We believe there is great potential here and we will continue to facilitate dialogue at individual, organisational and institutional level.

ECRE Weekly would like to thank Torsten Moritz for taking the time.