Interview: Iuventa – In Search of Rescue 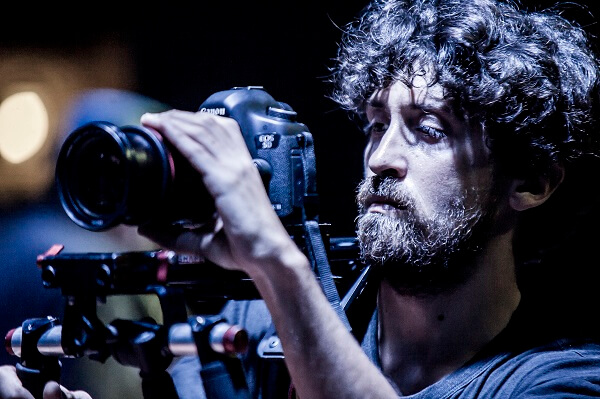 An interview with Michele Cinque Director of the documentary film ‘Iuventa’ on the civilian search and rescue initiative on the Mediterranean.

See trailer of the documentary: Iuventa

You documented the search and rescue vessel Iuventa of the German NGO Jugend Rettet Iuventa from its first mission in July 2016 to its seizure by Italian authorities in August 2017. Do you see your movie as a story of hope or a story of loss?

As a coming of age story, Iuventa, is at the same time a story of victories and losses, but definitely it is a story of hope in a hopeless world.

The group of young Europeans that founded the Jugend Rettet believed they could contribute to save human lives on the Mediterranean Sea. They managed to buy an old fishing boat through a crowdfunding campaign and, with their own hands, transformed it into a search and rescue vessel. They managed to rescue more than 14.000 people in one year. In that sense you could say they already won. They overcame the widespread powerlessness and nihilism that dominates the contemporary world, which in my opinion is the real enemy of today.

On the other hand, when the Iuventa was seized and its crew accused of aiding and abiding illegal immigration they lost a battle, they crashed with a harsh reality and a chapter of their story ended. But they had already proved to the European Institutions and to the world that if a bunch of young people put their hopes and commitment behind a cause, they can become powerful to the point of influencing global politics. European Institutions are the real losers in this story as they lost the chance to listen to their own youth. In order to close the central Mediterranean route and get rid of whoever could witness the violations of the international agreements, Italian and European authorities cracked down on a civil society, which was fighting for the founding values of the European Union itself.

I don’t see the protagonists of my film as losers but this doesn’t mean they didn’t lose a lot on their journey. I remember interviewing them after the seizure of the ship and they were afraid of becoming cynical or losing the strength and hope they had found. Some of them where teenagers and most of them where in their twenties: the impact of the horrors and pain of the world’s deadliest border made them lose part of their innocence. The disillusion and the sense of injustice that invaded them after the seizure of the ship and the heavy accusation they faced affected their beautiful optimisms.

The movie reveals serious practical and strategic dilemmas and challenges linked to the missions and the political context – were you ever afraid of exposing activists or migrants portrayed in the movie?

This is a very important matter for every serious documentarist, especially when dealing with vulnerable people. So yes, on one side I was concerned by exposing the migrants and their personal stories. A few nice sequences have never been released not to endanger the protagonists. Regarding the activists and volunteers of Jugend Rettet I would say I never felt they were vulnerable or in danger. They have always been driven by the profound need of justice and respect for life, no matter in which color it appears. I never felt I had to protect them, they were very transparent and brave. During the filming the political climate changed drastically. When I started shooting in 2016 the activists were seen as heroes; a year and half later when the filming was over, they were depicted as criminals somehow linked to human trafficking. So rather than exposing the activists, the film is actually handing them back a voice in the public debate.

The movie is told from the perspective of the young activists and does not include interviews with authority representatives, external experts, politicians or other external sources, was that a conscious decision?

This was a conscious decision, as since day one Iuventa was conceived as a creative documentary in an observational style. I wanted the form of this film to be as much as possible free of constrictions. I wanted the audience to form their own thoughts and ideas with no experts giving a rigid interpretation of the events. I think the power of the Cinema-realité lies in the absence of a pre-determined path, where the sensibility of the spectator defines the final judgment. I am not a fan of documentaries that aim to support a specific thesis. As a director, I think it is important to be free from dogmas and to relate to reality in its complexity. However, after the ship has been seized I feel the film actually ends up being a political manifesto in its own non-dogmatic way.

You were documenting dramatic and intense events – what impacted you the most and what did you take away from experience?

Many things impacted me during the two years’ experience of producing and shooting this film. I think I personally grew up a lot alongside the protagonists of the story and, somehow, I feel I have been taking part myself in a coming of age process. In Latin Iuventa means youth and being just a few years older than the protagonists I feel close to them.

It was definitely a tough experience seeing and hearing and feeling the horrors that migrants have to survive during their journey toward Europe. I will never forget when the reanimations of two young women failed and we found ourselves with two dead bodies on board the Iuventa. The Iuventa suddenly became so heavy that it was like it couldn’t move anymore. We were paralyzed.

But still I will always remember the stunning joy and happiness that invaded the deck of the Iuventa when we rescued thousands of people that could finally feel secure ground under their feet. When I think about it I can still feel the power of this unique experience.

At the same time, I came back with a stronger and much more resolute political consciousness.