Interview: Haunted by the Past and Insecure about the Future – Detention and Harms of Asylum Seekers in Northern European Countries 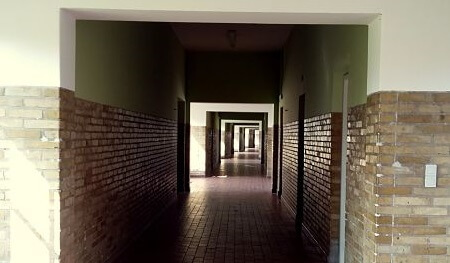 An interview with Victoria Canning is senior lecturer in Criminology at the University of Bristol. She has spent over a decade working on the rights of women seeking asylum, specifically on support for survivors of sexual violence and torture.

What was the scope and objective of your research on detention in Northern European countries?

Over the last three years I conducted research on asylum centres and immigrant detention systems in Sweden, Denmark and the UK to document the harm inflicted on people seeking asylum. I did qualitative interviews with a wide range of people connected to these centres such as psychologists, detention custody officers, activists, sexual violence counsellors, immigration lawyers and barristers.  I also spent more than 500 hours speaking with people seeking asylum, in particular women in asylum centres in Denmark and in communities in Merseyside, Britain and Malmö, Sweden. This kind of ‘participatory action’ gave me an insight into the everyday harms they experience in these countries.

What were the main findings? What are the challenges asylum seekers face in these countries?

For people seeking asylum in Northern Europe, reaching a safe country is a primary aim but once they get here many encounter unexpected and harsh realities. Poverty, poor healthcare, racism and Islamophobia can make their life incredibly difficult. Policies and social attitudes have become increasingly hostile toward migrants, resulting in harmful laws and practices. My research found that in lived reality the rights of people seeking asylum – in particular the rights of women – are diminishing in all three countries. Hostile attitudes and environments compound the impacts of violence, torture and sexual abuse. At the same time, social and psychological support is reduced, leaving many people in an unsupported limbo at the margins of societies. Despite rights based approaches many practices end up being institutionally discriminatory and people end up experiencing an exacerbation of their situation.

How is detention for asylum seekers used in these countries and how does it affect people?

Although the asylum and detention centres I visited had their own unique set up and structure in each country, some general characteristics stood out: Firstly, the centres I visited were spatially isolated from cities. The spatial divide rendered those living there invisible to the public – literally ‘out of sight, out of mind’- and also restricted their regional mobility. Their daily life was very much confined to the centres.

Secondly, people often stay in these centres for indeterminate periods of time. They virtually feel like they see their life time disappear, which has a significant psychological impacts. Some children have spent all of their lives in such centres being moved from asylum centre to deportation centres. In a time in which incarceration and confinement of refugees and immigrants is ever-increasing they also experience a loss of autonomy and agency.

Many of the centres I visited did not formally constitute a form of detention. People were in theory free to come and go. Factually however, they were far away from the next city and hardly had the financial means to get there. They also had to report to the authorities in the centre on a regular basis. For example, the deportation centres Sjælsmark in Denmark is surrounded by fences, which gave a constant feeling of confinement for the families held there. Children went to school on the territory and their way to school was fenced in. At the time they did not offer many activities and the constant feeling of uncertainty about their future among people living there made it nearly impossible to develop a sense of community. People could play with a football but they could not make teams to play against each other. Places like this are designed to make people’s stay intolerable. In the end, their freedom was a mere illusion.

You point out that keeping people in the [detention] system for years is expensive. Who benefits from this arrangement?

While I pointed to the similarities between the three countries before, there is a glaring difference between the systematic detention of immigrants in the UK, where the processing of migrants has become a profiteering exercise and so-called ‘softer’ forms of confinement, for example in Sweden. The UK has seen the development of a whole industry of migrant detention in which the government’s agenda of expanding controls on migration has become integrated with the interest of multinational companies such as G4S and the economic rationality of job production. The outsourcing of detention facilities to profit-oriented companies is extremely problematic because it is in their interest that as many people as possible are detained for as long as possible. But it is UK law, by allowing for the detention of immigrants for indefinite periods of time, that lays the basis for this cruel business. In Sweden and Denmark immigration detention is less expansive but first efforts to privatise it have been made.

How are particularly women asylum seekers affected by confinement and detention?

My research found that gendered harms women experienced before arriving are rarely adequately addressed and often exacerbated during the process of seeking asylum. Through spousal visas they are often dependent on their male partners, they continue to face sexual and domestic violence or are left in destitute. In UK’s immigration removal centres there have been instances of sexual abuse by custodial officers. Also pregnant women are held in immigration detention though in the UK this period is restricted to a maximum of 72 hours.

In all three countries, there is a lack of psychological support that particular affects survivors of sexual violence. Some organisations specialising in post-torture support or sexual violence counselling avoid working with people seeking asylum, as the uncertainty of their status is considered too distracting to engage in meaningful therapies. Even if emotional support is offered, the isolation women experience in these facilities also reduces their capacity to engage. Finally, carers’ time is often dictated by inflexible childcare, which means women with children are restricted in their ability to travel or undertake personal tasks.

Your policy brief states that women seeking asylum are regularly deemed ‘vulnerable’. Can the common labelling of women asylum seekers as ‘vulnerable’ also have a detrimental impact on their experience in the host countries you visited?

Ironically, in many cases it is the lack of security in the asylum systems that renders women vulnerable to gendered forms of harm and which makes them more likely to engage in and depend on abusive relationships because they are left with limited alternative options to survive. The way that the asylum process functions then often forces them to present themselves as “perfect victims”, e.g. of sexual exploitation and trafficking. If you show that you have too much agency it is assumed that you could have just walked away from the abuse. Thus, the asylum process often reinforces gendered stereotypes of women as helpless and dependent and makes it very difficult for them to construct their own life in the aftermath.

Do the systemic constraints that women asylum seekers face leave spaces for resistance? Can you tell us stories that counter the narrative of women as “dependent” and “helpless victims”?

To me, surviving is a kind of resistance and the many ways women have organised together to facilitate their survival. I recommend reading how migrant women themselves talk about the many challenges they have experienced seeking asylum. Together with many others I worked on a book called “Migrant Artists Mutual Aid: Strategies for Survival, Recipes for Resistance” which depicts the strategies women seeking asylum take to survive through collective action and mutual aid in the North West of England. But the most important thing to note is that people seeking protection should not be in that position in the first place and that governments need to roll back on the punitive controls on people’s lives and enable them to gain financial autonomy.