Interview: #HardlyRocketScience – the People Who Made it Happen: Jesper Guhle 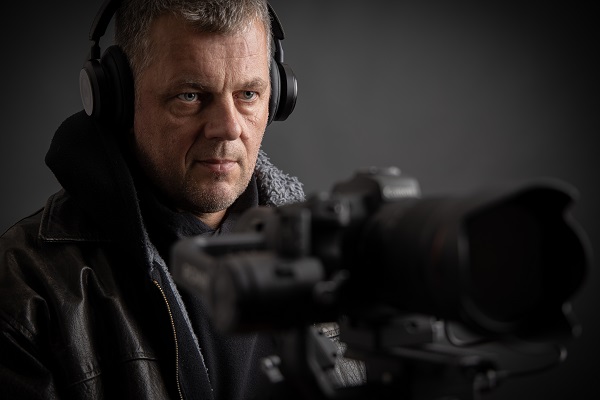 Artists, performers and videographers have invested their skills and creativity in ensuring the rights of people seeking protection in Europe. They joined the call of ECRE’s #HardlyRocketScience campaign to make sure European politicians would respect fundamental human rights when negotiating the European Pact on Asylum and Migration – we asked them why…

Jesper Guhle is a visual communication specialist with a long history of working for humanitarian organizations at headquarter level and in zones of conflict across the globe.

What is your main motivation as a visual storyteller?
The story. I am a storyteller at heart and working with my camera I want to move people, convey a feeling just as much as a message. Through my working career, I have had the privilege of access to extraordinary places and people, and the stories have been served to me on a silver platter from East Africa to West Africa and from Central Asia to the Middle East, but even working in my small studio or the streets of Copenhagen I always look for the narrative that defines the person in front of my camera.

How do you see the situation for people in need of protection in 2020?
I would love to be an optimist, I really would. I would love to look at my kids and think “we actually managed to hand over a better world to the next generation, than the one we inherited from our parents.” But unfortunately, that is not my experience.

When I travelled to Afghanistan, my first duty station as a humanitarian communicator, in 2004, the official number of refugees and internally displaced in the world was 40 million. Today it is 80. It has doubled in 16 years! A group of people, almost as large as the population of Germany is living without a home, without a country, and for a large part, without rights or protection.

And instead of taking a common responsibility for fixing this, for more than a decade I have watched governments around the world take the opposite stand, to alienate and criminalize, even dehumanize these people. The language used to depict refugees and immigrants among some European politicians is preposterous and in all these years it has only been going in one direction: From bad to worse.

I love to handle projects from idea to execution and be involved in every step. I had the very luxurious position of leaving coordination to ECRE and just focusing on content, but at the same time have a say in the overall concept. And I was hanging out with the most creative and engaged group of people one can imagine. My only regret is, that I never met Coco, Keyti or the musicians, but somewhere in the editing process, at least in my mind, they too became family.

And finally: To take what is probably the most poisonous discourse in European politics in the year 2020 and flip it around, infuse it with love, honesty, and funky vibes – a true pleasure!